Leicester’s yearly metal festival returns for its fourth installment, it will be a historical event and will take pride of place in the history of Metal in Leicester for years, possibly generations, to come!

Taking place across all the stages at Leicester’s huge O2 Academy as opposed to De Montfort Hall as with previous years, Uprising 2019 promises 14 bands across 3 stages.

The line-up is looking like a metaller’s indulgent paradise: Birmingham’s renowned grindcore legends Napalm Death will be headlining, while thrashers Acid Reign and extreme metallers Krysthla will also be gracing the stage. Memoriam, who have played a number of metal festivals across Europe, will soon be able to say they have Uprising under their belt as well.
Also from Birmingham are doom group Alunah, who will be opening the stage before their doom fellows Ohhms and Leicester’s own Metal To the Masses winners Seven Hells. 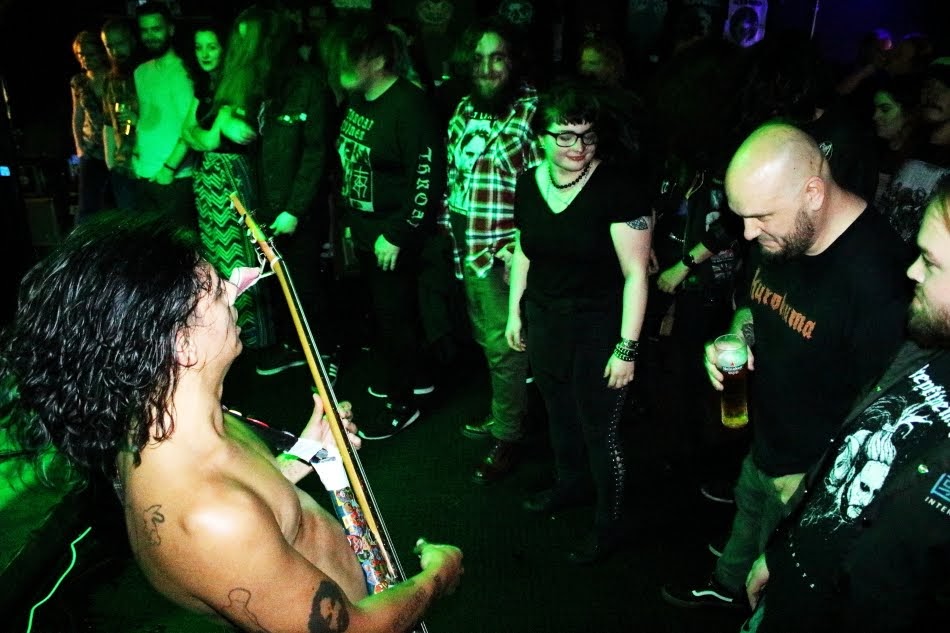 Uprising 2019 is on Saturday 14 September, but that’s not all – as usual, the whole weekend will feature a celebration of rock & metal. There’s The Night Before Uprising at Firebug on the 13th, featuring the aptly named 13 and Mörti Viventi. Also at Firebug is the Uprising Aftermath on the 15th, where metalheads who are still hungry for more can catch Stormbringer, Dishonour the Crown and Prognosis.

Both the Night Before and Aftermath gigs offer free entry to anyone with an Uprising ticket, so book now if you want to catch an entire weekend’s worth of bands for £25.

New additions to the line-up include comedic punk thrashers Mad Spanner, who’ll be starting off the weekend with a bang at Firebug on the 13th, followed by theatrical rockers Ward XVI. Also at Firebug on the 15th are Nottingham death metallers Pemphigoid, Ashen Crown & Devil’s Playground from the West Midlands, and M2TM winners Elyrean. Last but not least, experienced rockers Vardis will be at the O2 on the 14th, before a special performance from Leicester legends Resin featuring a string quartet, which is bound to be every bit as touching as their set at this year’s Bloodstock.

Get the latest Uprising IV updates from the Facebook page.