It was dirty. It was noisy. It was very, very angry. All generations were screaming together in an ecstatic rage, being heard through the walls of The Soundhouse. Punk’s not dead just yet, and if you thought it was, Earls, Knice and Acid Cannibals resurrected it for the one night of absolute madness.

I’m a Man, was the first song and words that Anthony Lamb (vocal and guitar) from the punk duo Earls screamed on the stage. Combined with George Prosser playing on the drums, the tune was a powerful message on challenging toxic masculinity and the cry through rage at society. As the show went on, Earls became more angry, sarcastic and painfully honest while showing off their absolutely brilliant filthy riffs and wild drum beats with well sang lyrics about drinking, partying (House Party) and low-life (We Are Skum).

Last two songs, The End Is Nigh, and Skum King made the audience the subjects of their intelligently hedonistic rule. Earls are Skum and have all the rights to be proud of it. Their first album, recorded with Earwig Record, is coming soon. 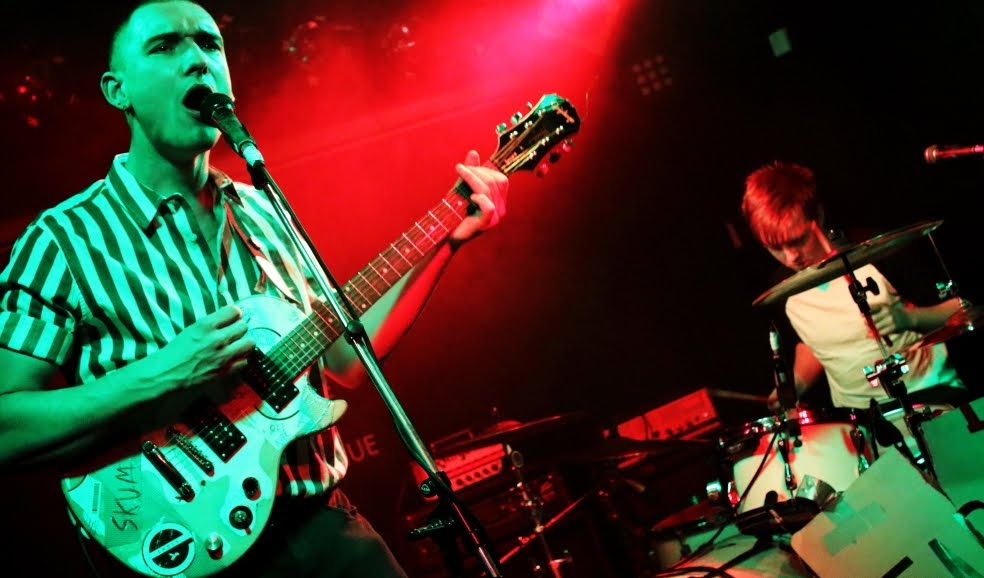 Knice started loudly with Money, Money (Yeah), one of the tracks of their new LP “Hit the Showers”, available on Spotify and their website. A true DIY punk hardcore band, the boys from Knice stayed noisy and chaotic through their whole set – the vocalist Frank Sparrow aka Mr Knice Guy got off the stage, screaming straight to the crowd while the rest – George Williams (guitar), Anthony Sotelo (drums) and Harry Mecklenburgh (bass) – relentlessly rocked the stage.

Rest of the set including Moon and My Cathedral, both deserving to be mentioned, was filled with bursts of dirty energy. Finished with short and sharp Look at My Face, Knice proved to know their garage punk though there’s clearly the space to improve. 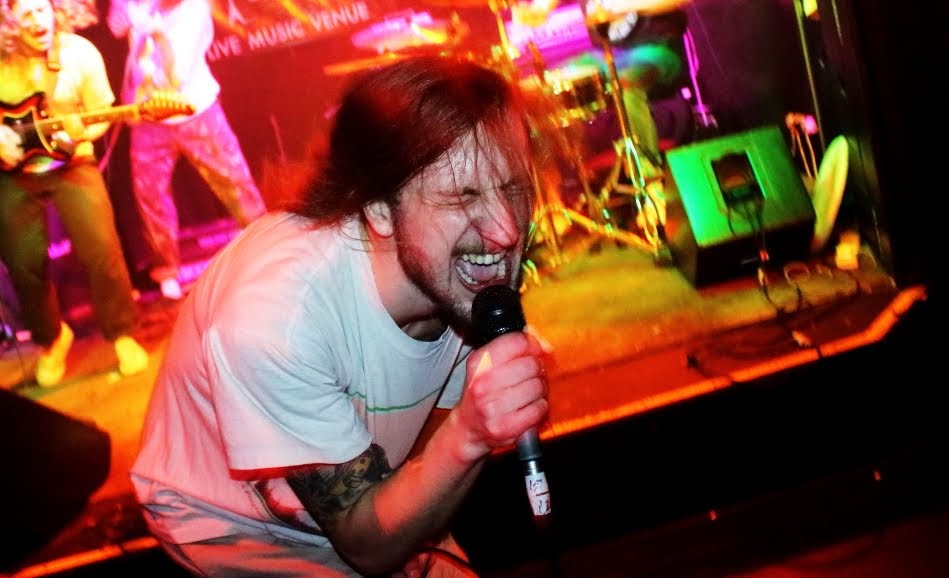 The black stars of the night, self-titled Vegan Legends, punk power duo, James McKay, a guitarist also for The Cosmic Dead and Robert Marley on drums, under the name of Acid Cannibals destroyed The Soundhouse.

The group from Glasgow started with a bang, and there was no time to catch a breath until the very end. Motörhead meets heavy rock vibes worked perfectly with the psycho-boozy quality of their music. Both I Put My Fist In The Air And Disappear and Boy Music, with rock ’n’ roll riffs, motivated the crowd to throw their fists in the air in the satisfaction coming from the rage and rebellion.

Front row even dared to mosh. Later on, vocalist screamed out their doubts and confusion in Get a Life, to end with more melodic Life’s Alright and left the crowd in the unholy state of nihilistic euphoria. Acid Cannibals are straightforward, skilful musicians who were going for it, effortlessly. Checking out their new EP Why Not Every Night is mandatory. 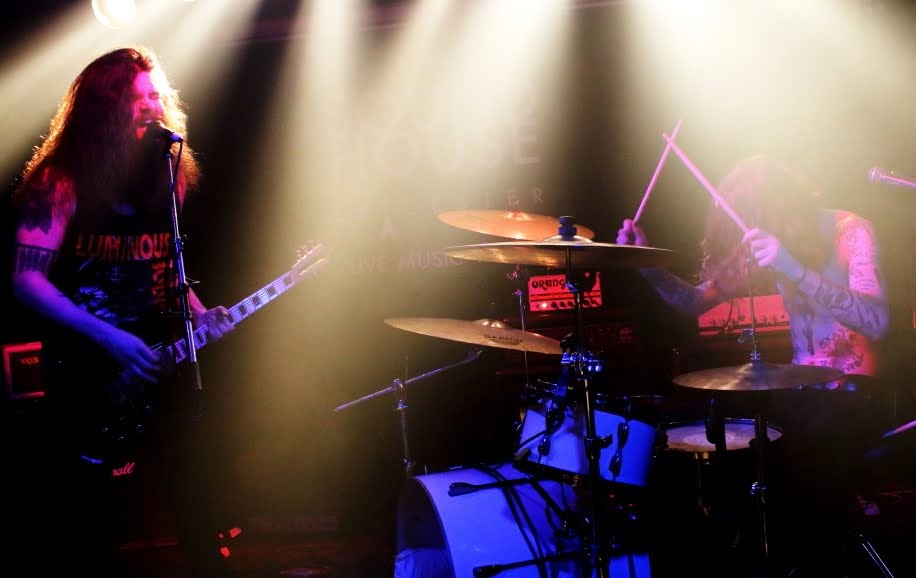 To find out more about similar gigs with an alternative twist visit organisers of this one – Magic Teapot Presents and The Other Window .