The festival this year was held at Turnpost Farm, Wymeswold – the same site on which it started in 2005. The festival attracts visitors from all over Europe. We estimate that at least 10,000 fans attended this year – a far cry cry from its first year when it drew just under 700 people.

As its name implies it is a music festival for people on a budget. An adult weekend camping ticket cost £100; an adult non-camping day ticket was £50. That’s not bad for an event that offers around twelve hours of music a day  from five stages. What started out as a festival for tribute bands has now grow into something much bigger and far more extensive. 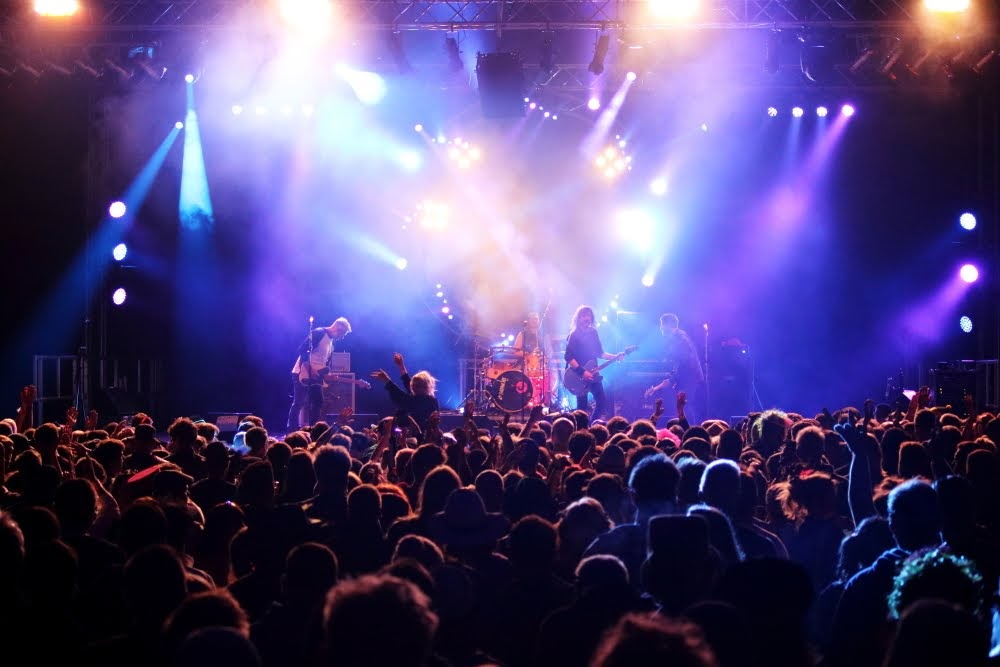 The Four Fighters in the Big Top Photo: Kevin Gaughan

These days, the event provides stages for a wide variety of originals bands – those that write their own music and some that play their own cover versions of a variety of well-known songs and tunes. Glastonbudget has, for many years, provided programme slots for local bands and singers and many of the best music acts from the East Midlands have appeared at it.

In this, the fourteenth year of the festival, the site was little changed from last year. The same stages in much the same places. In recent times, GB has provided a reliable, safe, consistent and familiar standard and has built up a loyal following of festival-goers for whom attendance is firmly on their annual calendar of must-not-miss events.

As always, it provides a family-friendly environment with lots of babies, toddlers and children in evidence. 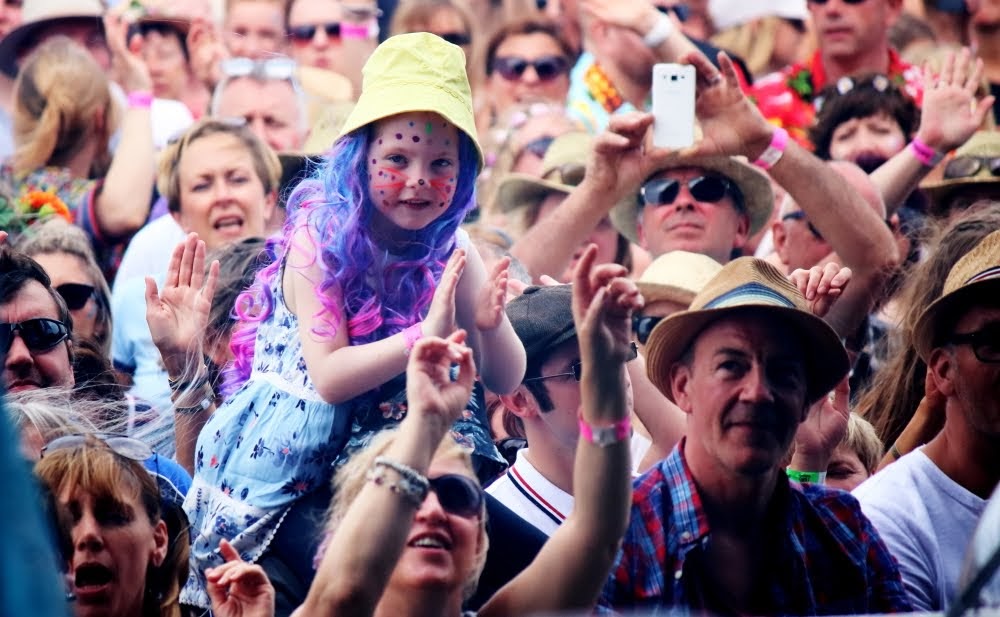 Glastonbudget is now regarded as the world’s biggest and best tribute acts festival. Not all the acts to grace the main stage have been tribute bands. Some actual acts have played, the real ones, including Chesney Hawks, Showaddywaddy, The Specials with Neville Staples, Bad Manners and Doctor and the Medics among others. Even off the main stage, there have been some high status acts. Some of these acts being tributed no longer exist. Some are so big you could not afford to see the originals. That why it’s music on a budget. Not the original bands or singers but people whose versions of them are almost as good – if not sometimes better. 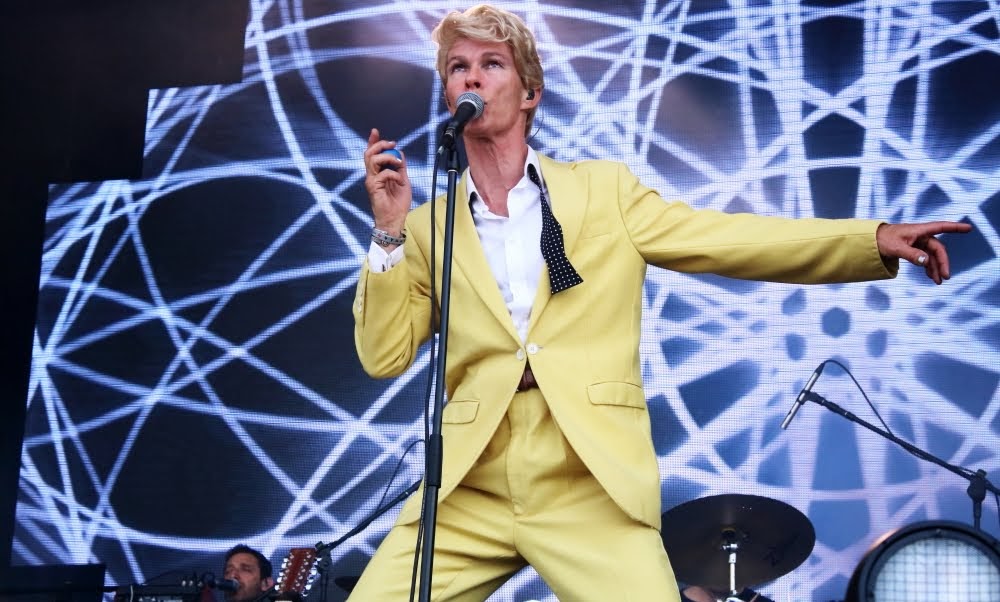 Me. I go there to see the little acts. The bands that are local and struggling up the ladder of success. Unsigned but not unloved. For them a GB slot is like one giant leap up the ladder. Some of the bands that began their music career a decade or so ago, playing on a small stage in Wymeswold, are now massively big original acts and artists. They have become legends of the Leicester music scene. GB has become part of the Leicestershire music scene; not only that, it has become part of the East Midlands economy. Drawing in spenders from all over Europe. This is not some trivial piss-up party. It’s an important part of our region’s cultural offering. Even so, there is a party atmosphere. A large number of fans were in fancy dress and there was a competition to judge the best and most original and inventive of them. 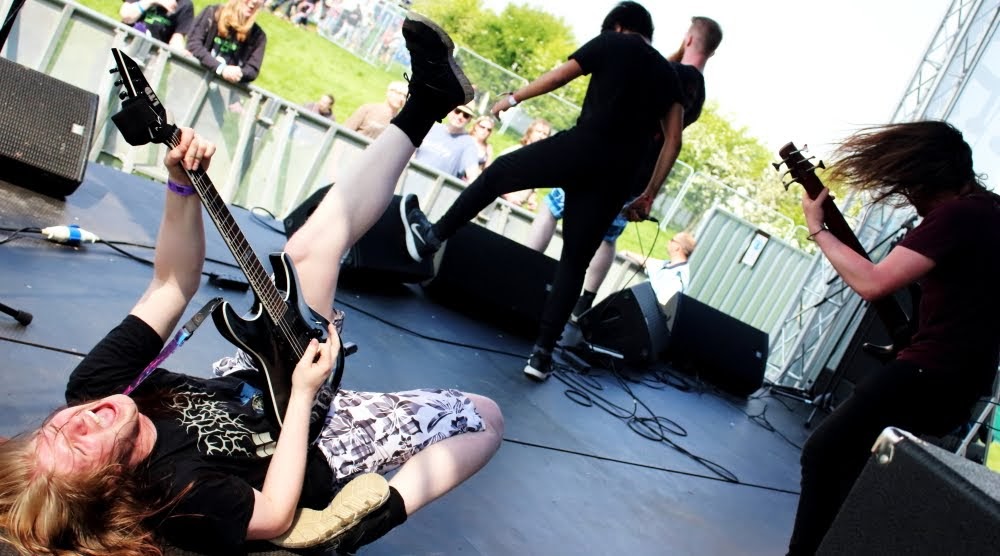 There are certain features of the festival that are worthy of mention. Like the VIP lounge with its adjoining press room provided with tables and chairs where us journalists can work and interview artists. Few festivals provided such luxuries these days. 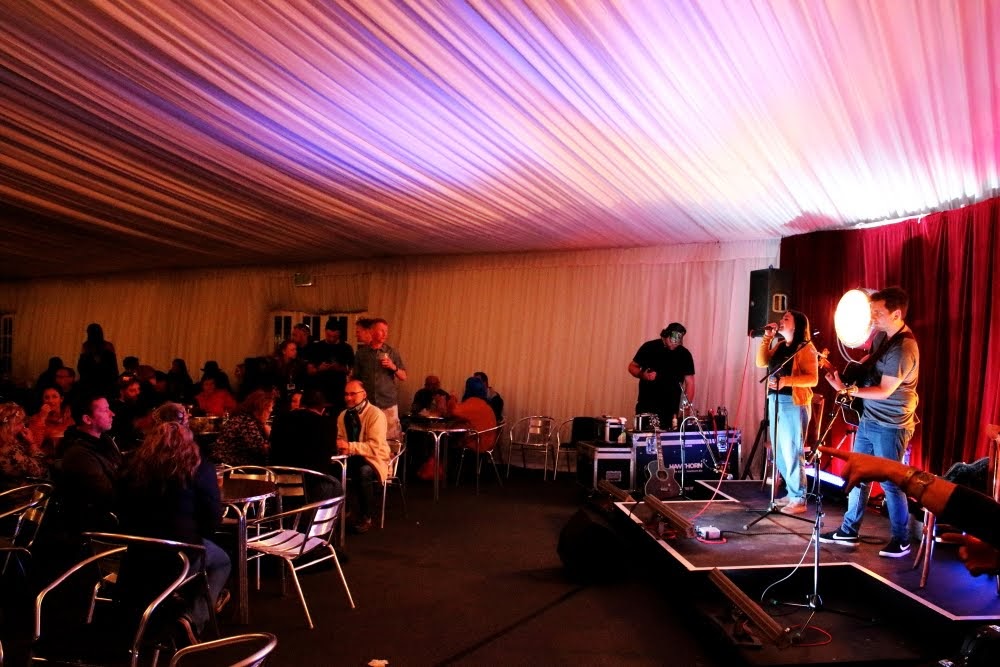 There was a plentiful supply of food stalls, offering a wide range of fare. Several bars. Fairground rides. A range of camping areas. Water points. Even a place where you could get your mobile phones recharged. It must be difficult to organise an outdoor festival for three days. So many things to think about. Including the all-important issue of security. I saw uniformed police officers on site – several times. Sadly, a must these days. Also spotted, people clearing up the rubbish during the festival. 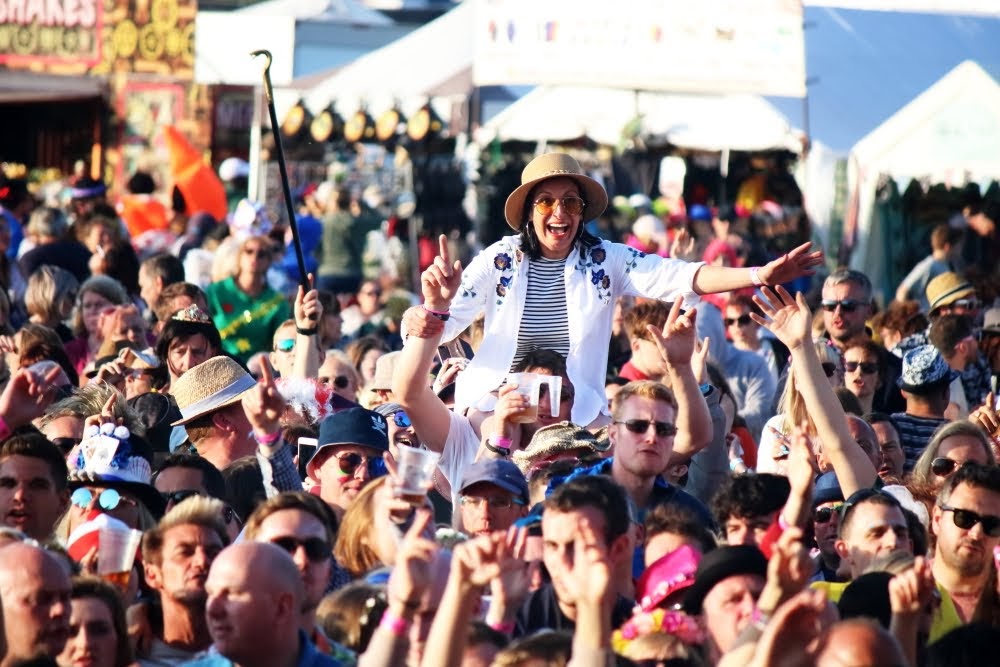 Video interviews by Kevin Gaughan of Jas Minhas (Demon FM) and Trevor Locke interviewing some of the acts at this year’s Glastonbudget festival: