There are not many places where you can see ten convicts, female Bowie, Teletubbies and KISS bouncing together to Highway To Hell sang by Angus Young’s strange doppelganger. It had to be Glastonbudget, one of the UK’s biggest tribute festivals, featuring both impersonators and actual local bands.

Paul J Roberts was the one to open up Loco Stage, with acoustically performed original songs about tiring shining sun, irritating online dating and being somebody’s man, that got mixed up with covers. Paul’s silly blues/pop had some charm to it. It’s the music you don’t mind listening to in a beer garden when it’s too hot to think of something more challenging. 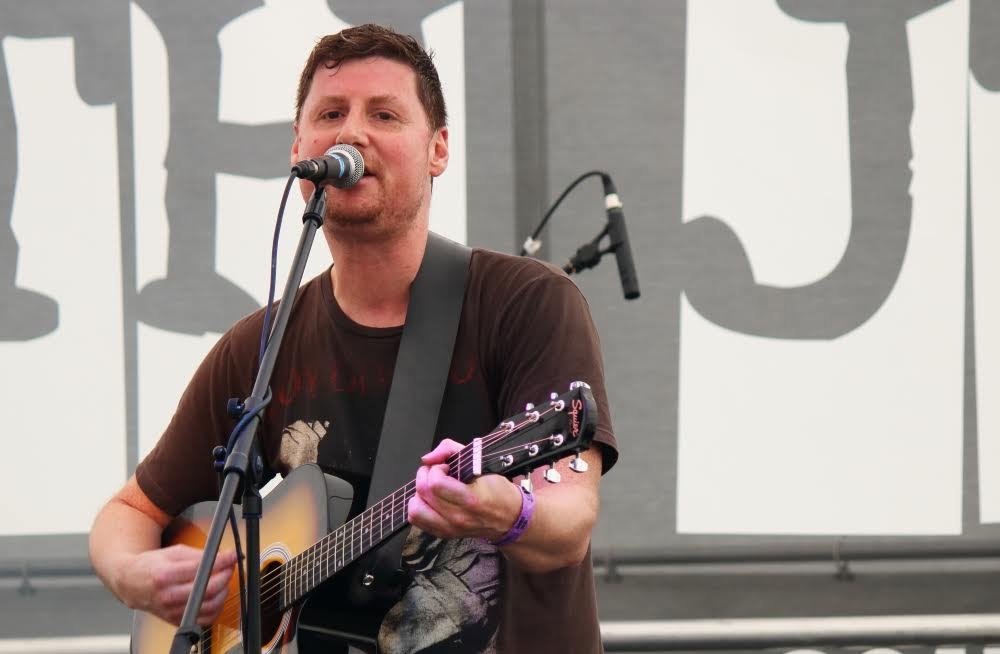 A four-piece band from Nottingham, Phosphenes, happened to be a discovery of the day.

Their minimalistic, though hitting you hard, sound that shifts between alternative rock and indie with lots of breakdowns, is like a gentle thunderstorm. Not threatening yet so pleasant to listen to. They played their upcoming single Loveless, in the bluest shade of melancholy caused by unfulfilled desire layered with never-ending rage and heart-wrenching vocals. 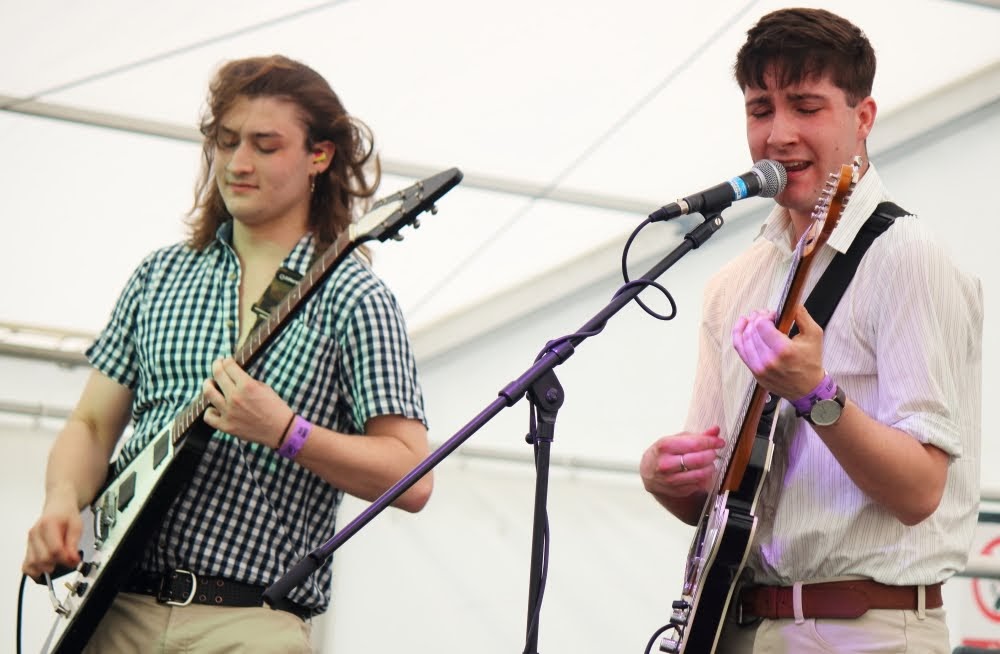 Type 22’s indie rock sound featuring synthesiser and two voices had a disturbing feel to it. The second you feel comfortable enough to know what to expect, you’re on a highway in the opposite direction. And while that’s been exciting for a half the set and single Haunt Me where the dynamism of instrumental went well with straight to the point lyrics, the longer it lasted the more chaotic it got. 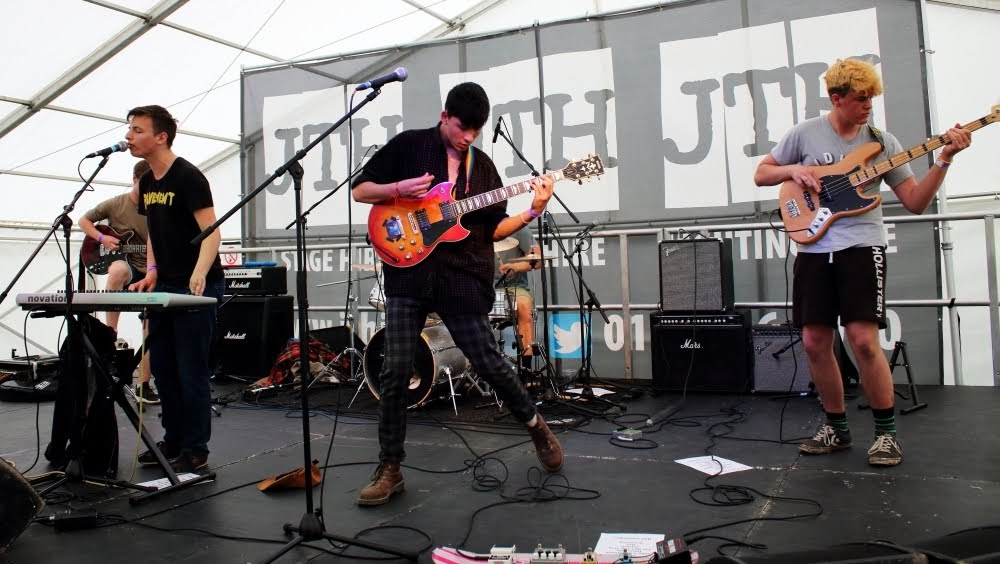 Beneath The Embers brought devil, death and fight through their mind-blowing metalcore to the family festival. Bless them for that. Yet, thrashy doesn’t mean sloppy. 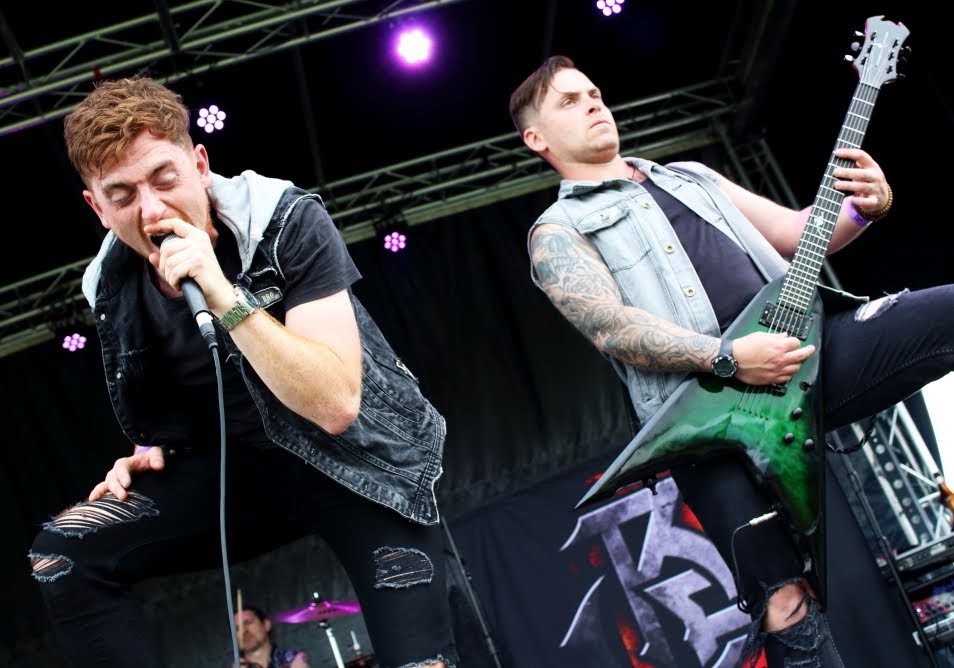 OTÈGA’s lively melodies were a so much needed awakening of the senses in the middle of a crazy day.

They’re carefree, balancing on the edge of R ‘n’ B and modern soul that makes them much needed fresh flavour on the local scene. From a starting track, Circles, through the most intriguing, Fake Reality, until the original-like quality of Gnarls Barley’s Crazy cover, the boys from OTÈGA provided a perfect, low-key, escape from the madness outside.

See our interview with OTÈGA just after their performance: 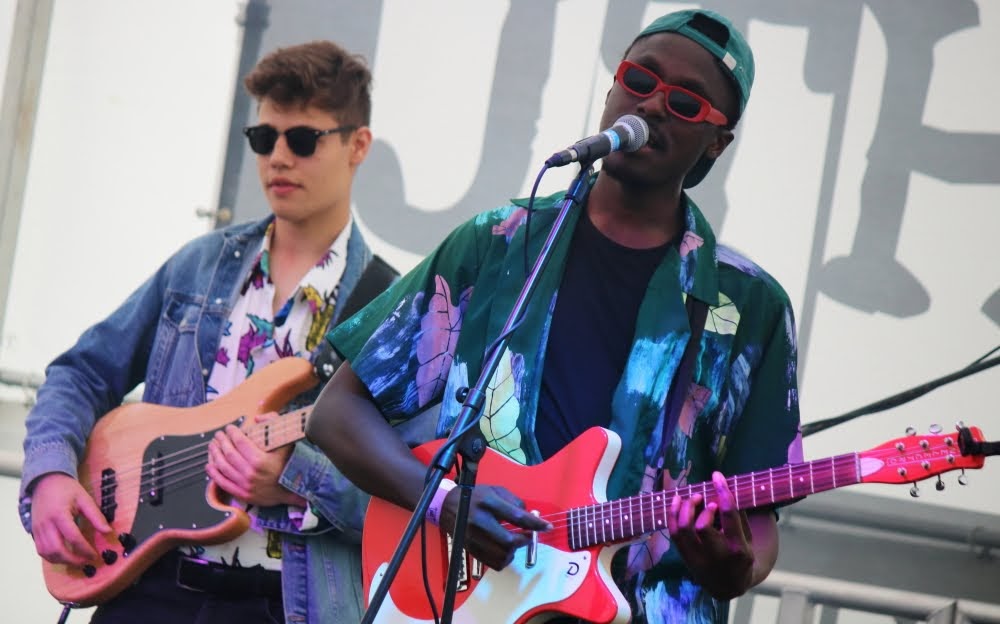 Harrison Gent performed an acoustic set that filled hearts with hope and eyes with tears. Though covers of Arctic Monkeys, The Smiths and Nirvana were more than fine, Easy Life Slow Motion along with originals deserved an extra round of applause. Witnessing someone so young, at thirteen years old, performing with such maturity and honesty was quite an exceptional experience.

See some of Harrison Gent’s performance: Next on, a three-piece acoustic band formed in the 90s and recently making its comeback, Copious, caught my attention with a melancholy retro feel mixed up with light-hearted, pretention-free, melodies. They put together a lovely set discussing fear, the questionable need of being famous and gender battle (a bit too retro). 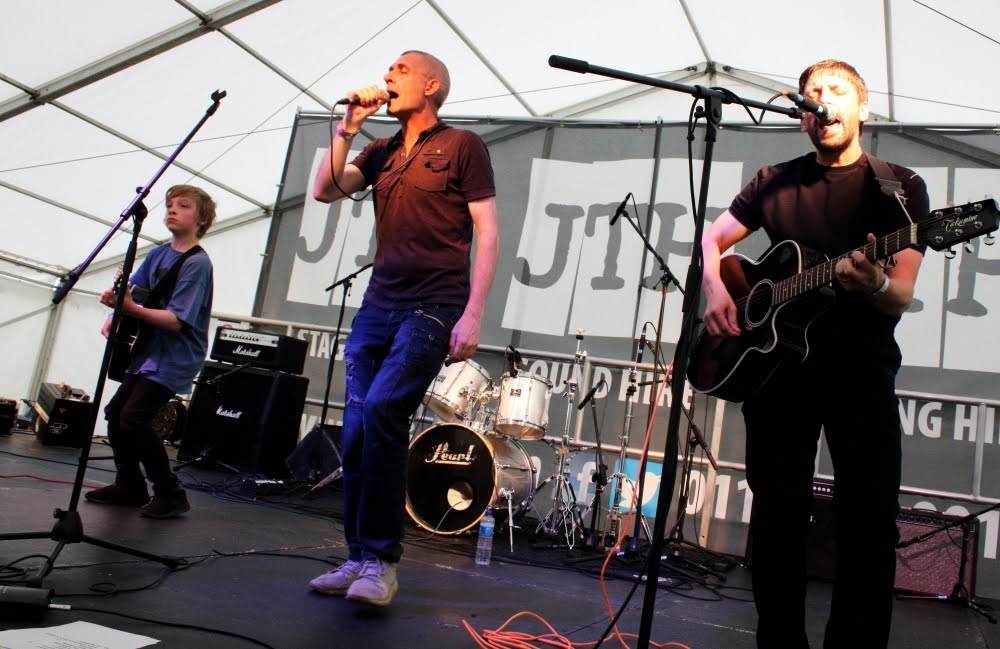 Seriously Collins not only brought sad gypsy wedding vibes on board but also was like one of those soap operas that are trying to make you cry, laugh and look back at the old golden days. And that’s all you should expect from a Phil Collins tribute band. Among other classics, we got to experience In The Air Tonight and Another Day in Paradise that imitated the originals extraordinarily well. For Phil’s fans, Seriously Collins is the next best thing. 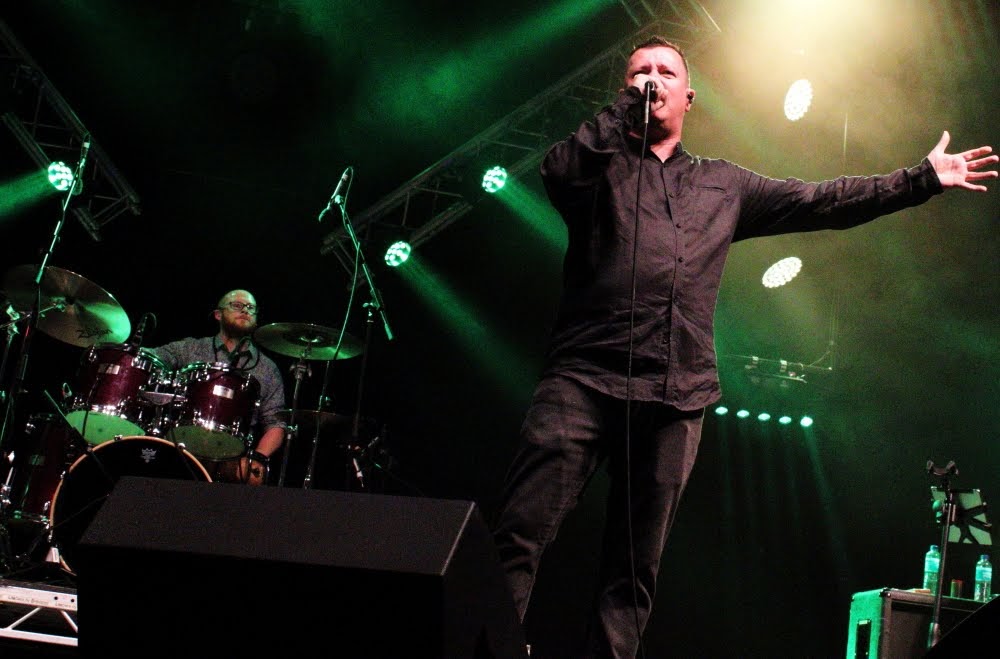 One Town Over started with Strange Days, an acoustic bluesy composition, a bit of a crossover between Bob Dylan and southern rock. OTO’s sound is orbiting somewhere between folky indie and rock made for lost travellers and old-days adventure seekers. Foo Fighters’ My Hero cover was a nice ending touch, especially when played so well. 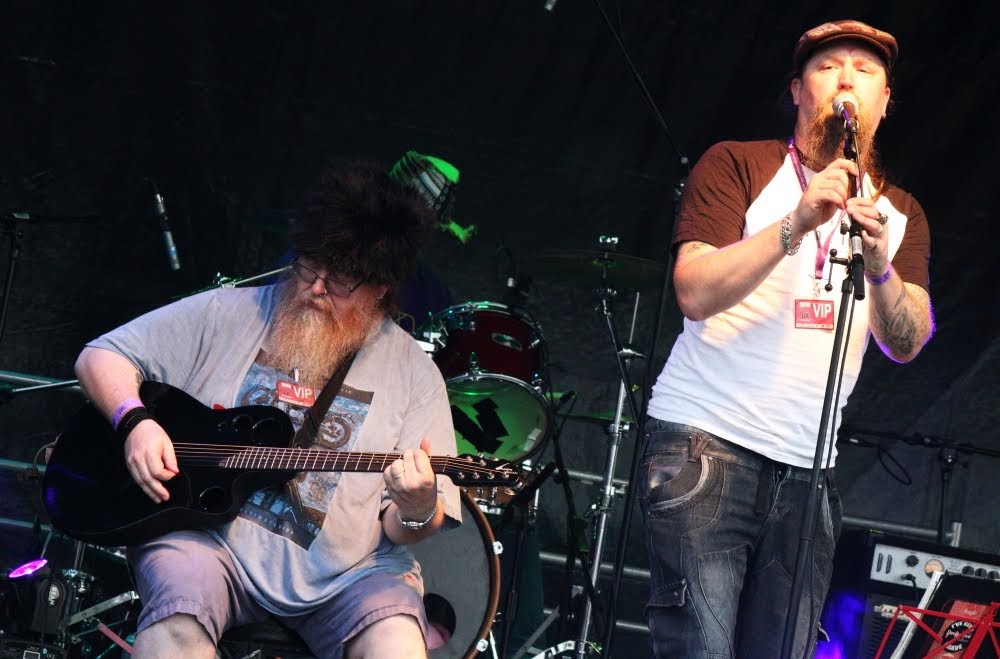 One Town Over Photo: Kevin Gaughan

If there was a price for the most ridiculously looking band, Whole Lotta DC, it would be an easy win. Still, with your eyes closed, the set was masterfully mirroring AC/DC’s music. Full of sleek, sick solos played really skilfully, vocal on point and drums on the way to explode.

They smashed it to pieces with, obviously, Highway To Hell and, preceded by a shout-out to the pretty ladies, You Shook Me All Night Long. Even though posing as a legend is a real challenge, Whole Lotta DC got it covered. 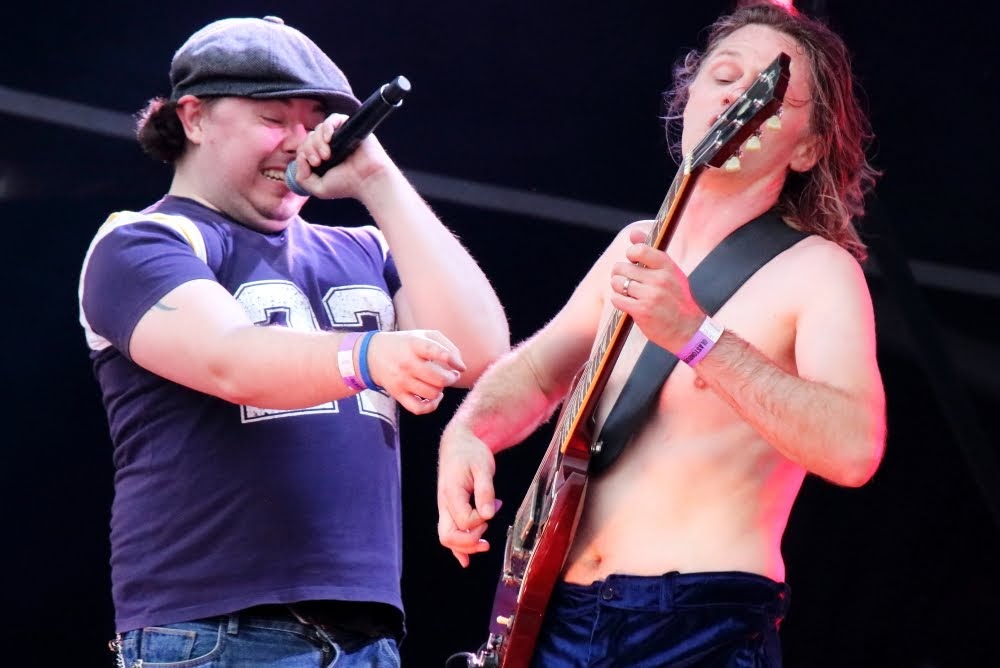 The Veez’s very 70s psychedelic rock doesn’t force on you but its calm magnetism makes you want to immerse yourself in their strangely smooth sound. Especially the single, Saviour, from their soon to be released album, being a quite simple, very whole, composition with hypnotic vocals had a simultaneously similar and unique vibe to it.

It was made to move and it did. ‘I’m stuck here with you’ went one of the lyrics. I was stuck with The Veez and didn’t mind it at all. 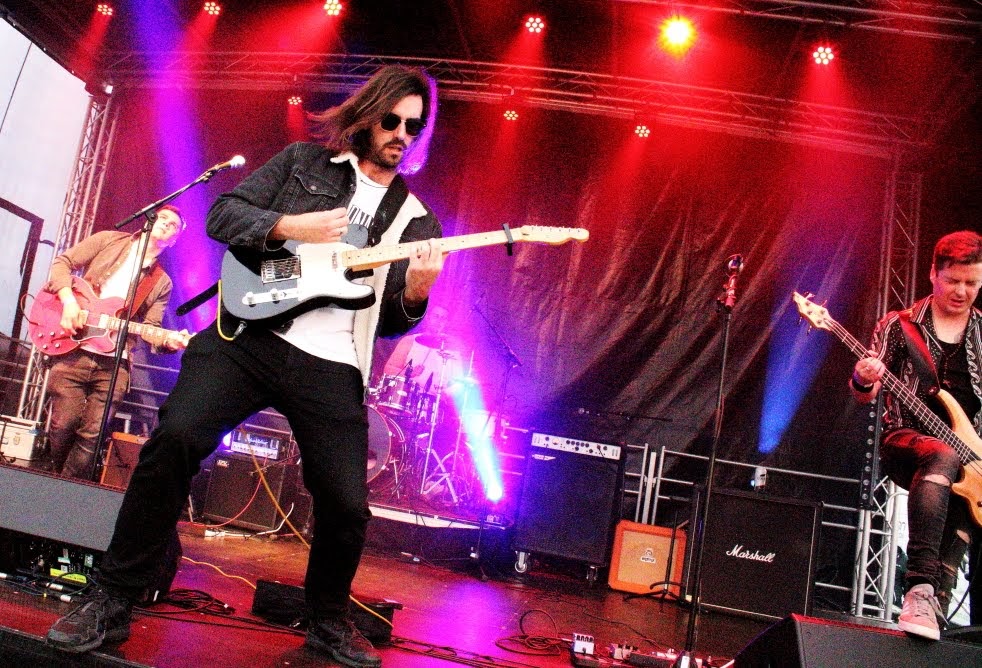 Hobo Disco was the one to smash it at the end and capture the late night Glastonbudget’s spirit. They reinterpreted well-known (cheesy) classics with a gyp pop funky twist that made it a truly unique and entertaining set. While usually covering Shape of You, I Bet You Look Good on the Dancefloor and, one and only, Mr Brightside doesn’t really work, here Hobo Disco made a hell of a party out of it. 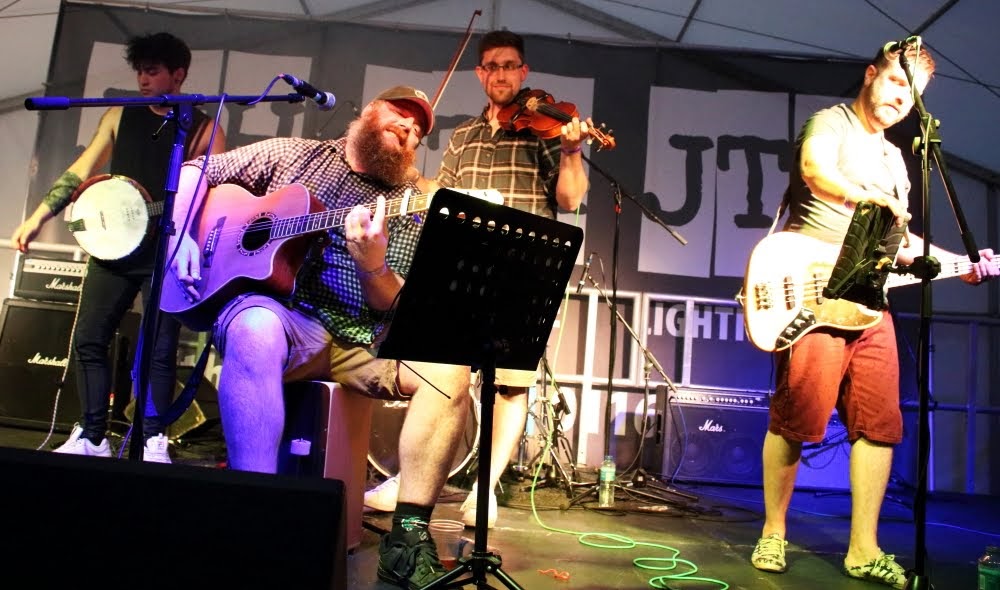