In its sixth year, Handmade festival is always a major event in Music in Leicester’s calendar. Over the years it has brought headliners such as Frightened Rabbit, We Are Scientists, Circa Waves and many more to the city in a festival environment. Usually spanning over two days and taking in the four or more venues inside the University of Leicester’s huge Percy Gee building, also known as The O2 Academy, this year we saw a change of format.

2019 saw the festival being shortened to a one-day event, a May bank holiday Sunday, from midday to just gone midnight. To accommodate all the bands, however, it was spread across nine of the city’s finest music venues.

And what a day it was, packed from the very first band, Jools at Firebug, to the very last, Crows at The Cookie, our reporters had a busy, but extremely enjoyable time covering as much of the event as possible. Culminating in a sweaty Crows-powered pit at the end of the night, it was a day to remember!

Despite the early start, Jools’s intelligently angry punk manifesto screamed wildly by, the vocalist, who’s not afraid of rolling all over the floor in the Morrison’s manner, was an impactful opening. 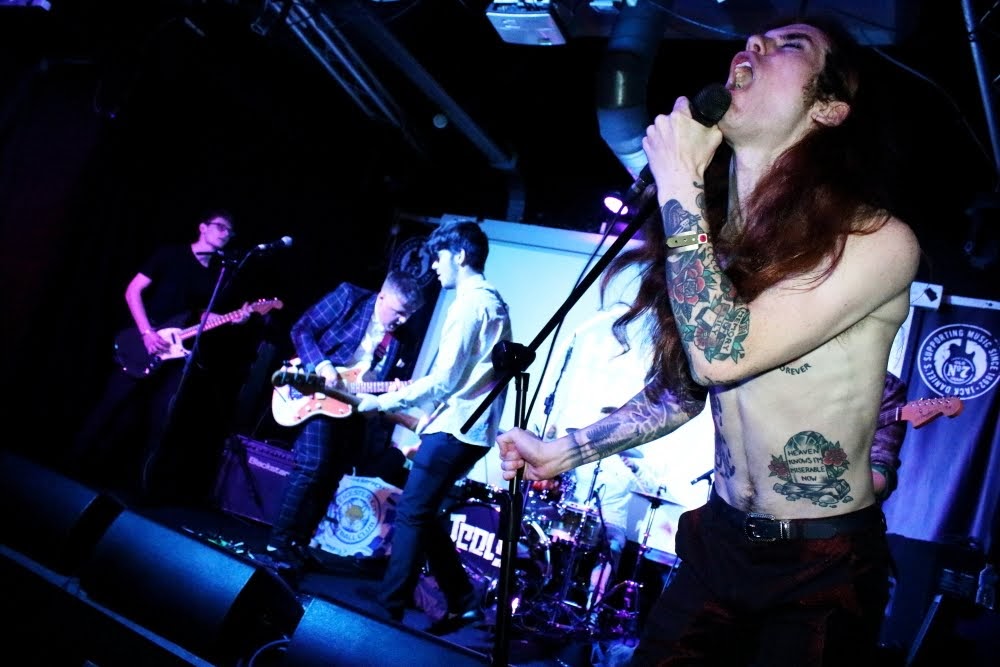 Magique put us in daydreaming like state with their transcendental art pop and velvety vocals.

Firstly, they’ve seduced with slowly smooth Karelu, made us miss ex-lovers with Real Love and finished the party with poignant Eventually. Magique was pretty magical. 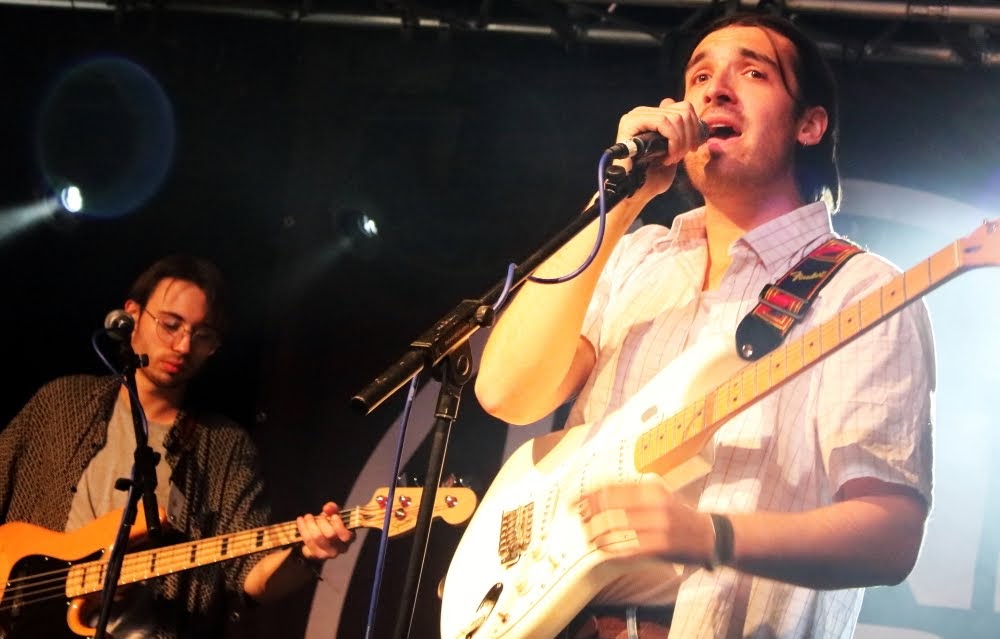 Arcades are an odd mix of an impetus indie with a proper vibe of the absurdity of the 70/80s rock stars. Under their fancy jackets, they’ve got a number of rock ‘n’ roll riffs, amusing boogie tunes and a passion for performing.

Although, with all their showmanship they didn’t sell themselves as well as I hoped for. 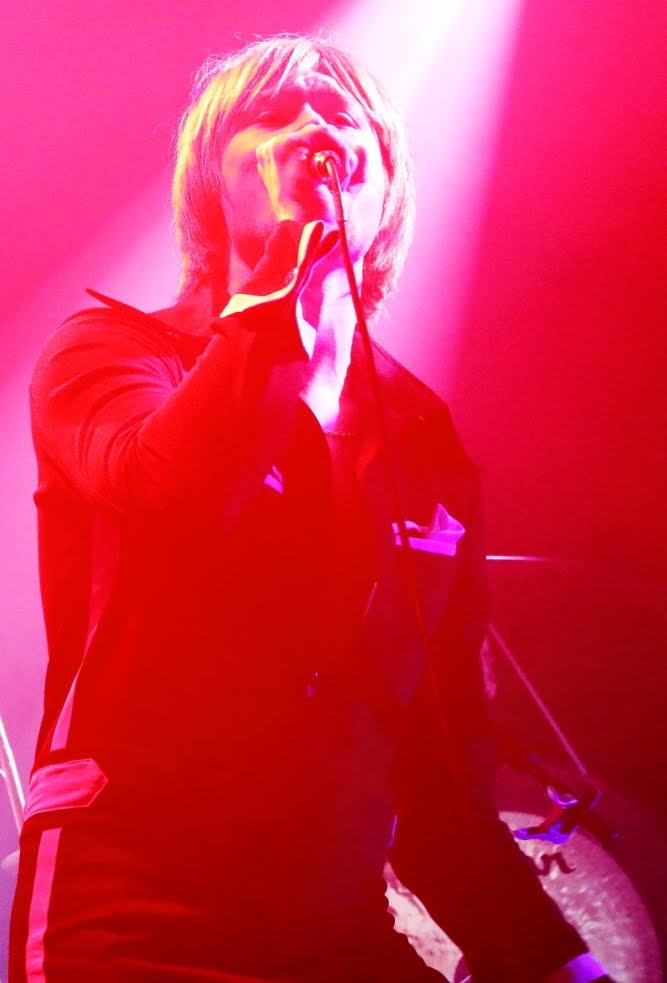 Childcare has recently toured with Bastille and Marsicans and recently played our very own Cookie. They began their set with the relatively laid back Omega Grey. Next, they played Big Man followed by their current single, Sugarcane which was recently premiered on BBC Radio 1 by Huw Stephens. The gig was “a bit of fun on a Sunday”, as frontman Ed put it.

The London-based band’s performance was definitely fun, with lots of impressive guitar riffs, leaving the crowd in awe. There was a change in tempo when they played Put Down Your Pen and then it was back to the upbeat stuff with Kiss? and Film Club. Their debut album, Wabi Sabi will be released at the end of this month. 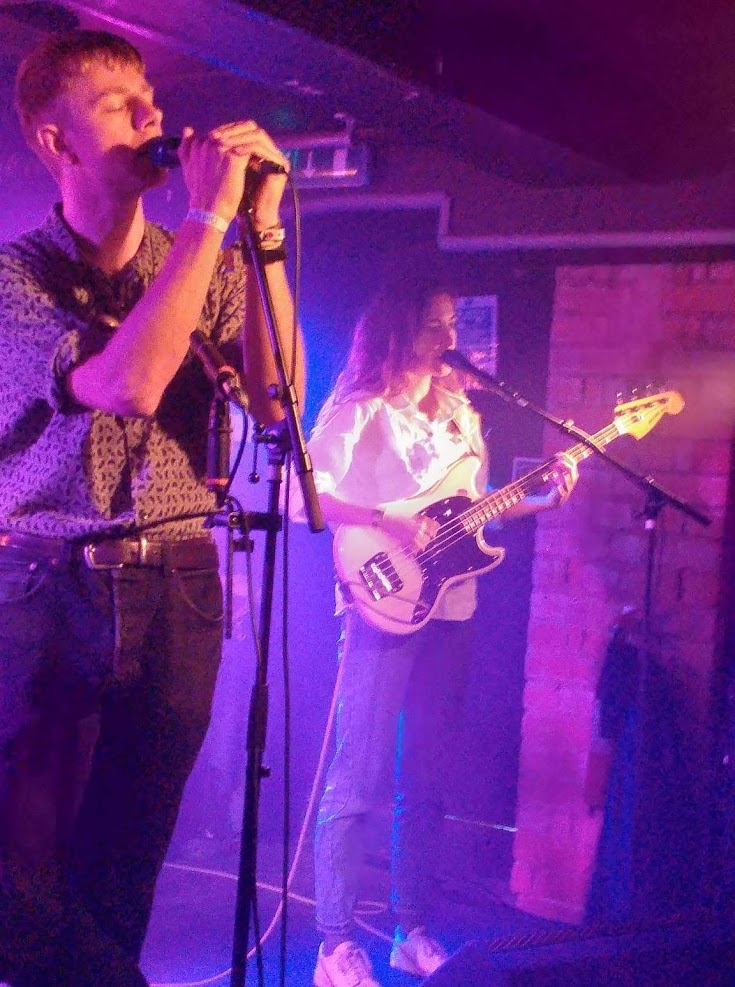 Kermes was a long-awaited breath of fresh air. Their provocative punk joyfully punches in the face of ignorance and sickening sameness to be able to freely enjoy authentic diversity.

They’re intelligently theatrical and trashy. They’re proudly queer. And that’s what makes you fall for them. 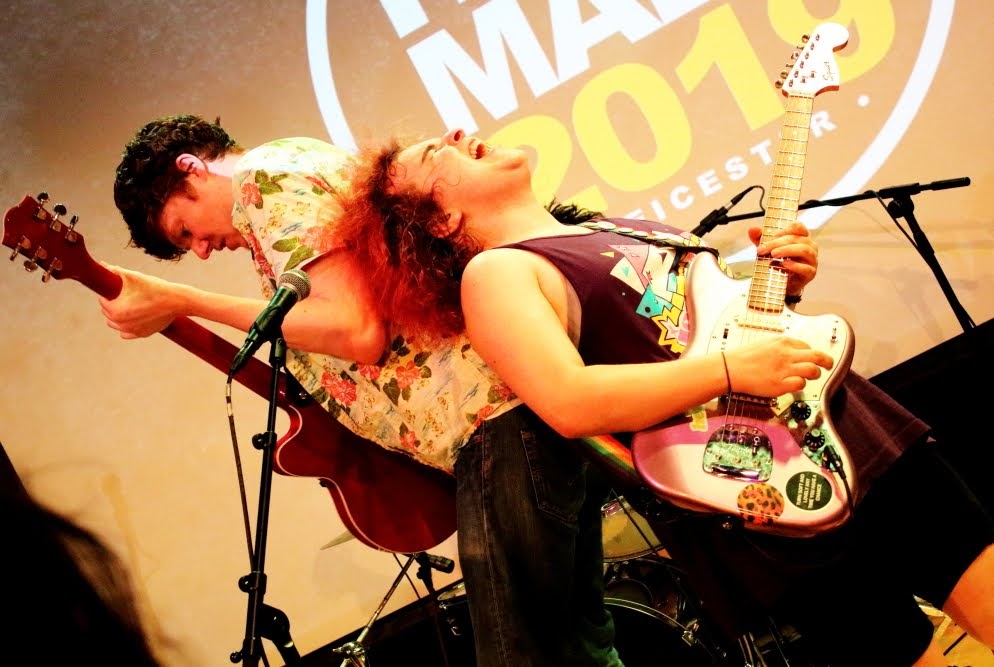 Don’t be fooled by the name, Saint Agnes is a sincerely satanic force straight from the wild west. Captivating, fearless vocal combined with masterfully played, both dirty and divine, psych-rock sends straight to hell. The only place where bands’ featured heroes – true at heart rebels, ghosts, witches and lost travellers can co-exist. Even though, lyrics to The Death or Glory Gang went ‘I’m nothing’; ‘Death or glory I don’t really care’, they’ve got everything that it takes to be glorious.

Check out their debut album, Welcome To Silvertown. 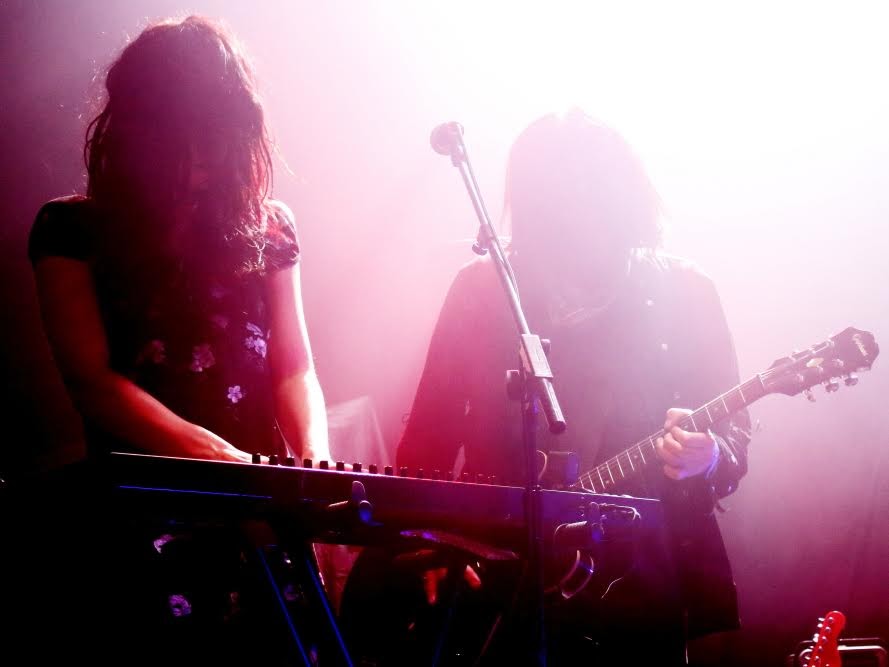 The People Assembly, formerly Fivehead, gave an energetic and passionate performance at Firebug. The crowd was eagerly anticipating the Leicester-based band’s performance and they weren’t disappointed. 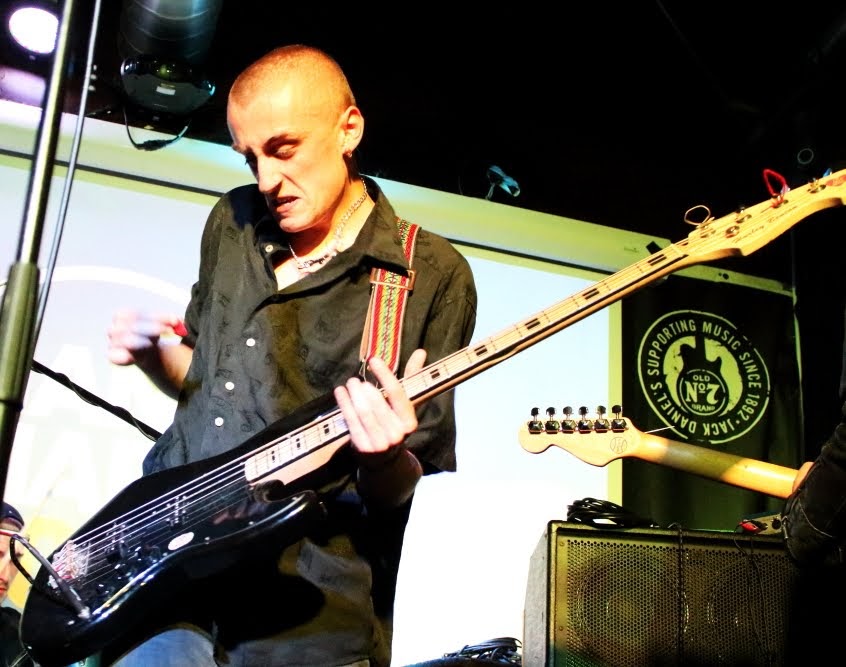 Petrol Girls can shout their views on me and I won’t even mind. That fierce feminist band is there to be angry for all the loud women and sensitive boys getting shit for not conforming into socially acclaimed gender versions, to advocate for LGBT and mental health issues. To give power to the marginalised.

Petrol Girls are a force exploding with the power of a nuclear bomb and the vocalist who really knows how to scream. 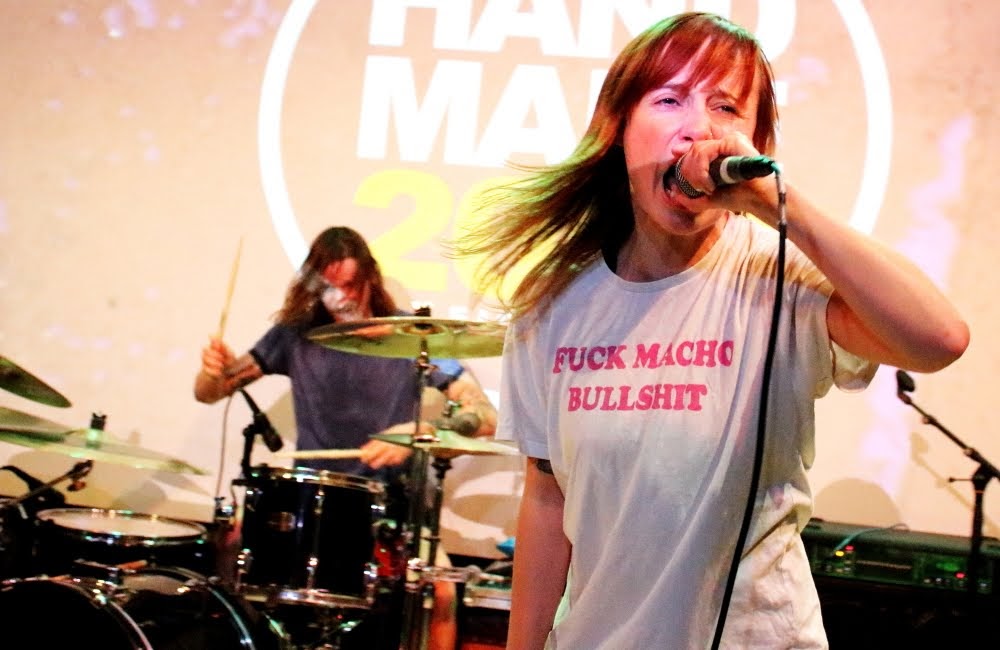 Dark Dark Horse was the most pleasant surprise of the day. Their dreamy alt-pop is unhurried, perfectly nonchalant and upbeat enough to not fall asleep to while swaying to the mellow melodies. It was a fusion of easy-going beats, skilfully played and smartly put together to attract with an effortless charm. 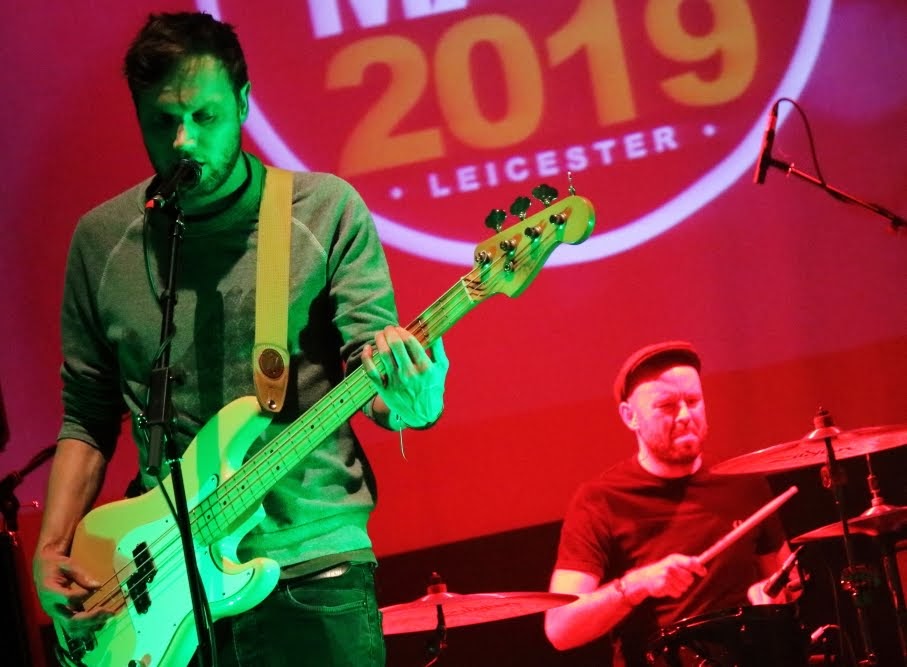 I’ve got a personal grudge against pop-punk. We Give In and Yr Poetry managed to change it, even if for a while. Leicester based We Give In gave a passion driven performance with notorious jumping off the stage, full of raw energy and cheeky clashing noises. Though while they were seemingly shouting ‘we were never gonna make a difference,’ I beg to differ. 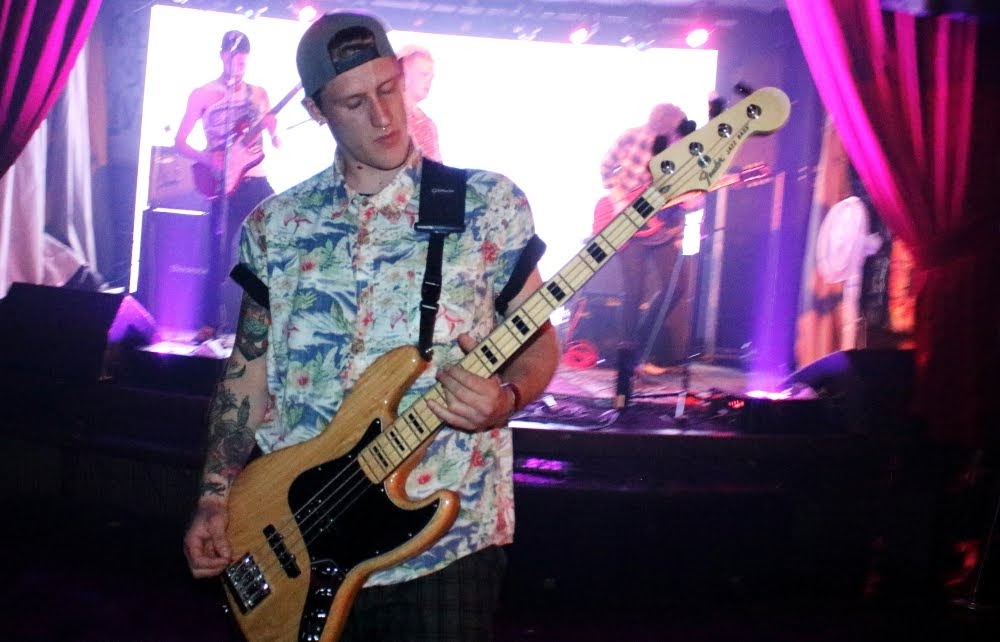 We Give In at The Shed Photo: Kevin Gaughan

Alexei and Junior from Johnny Foreigner in their side band/project, Yr Poetry, claim to convert energy into the sound and that definition fits just right. Their eclectic combination of broadly defined alternative, soothing melodies and a sharp, loud outbursts made them one of the most unique in their sound performers of the day, especially with a track called Can’t I Just Be Happy For A Minute that lasted an almost exact 60s. 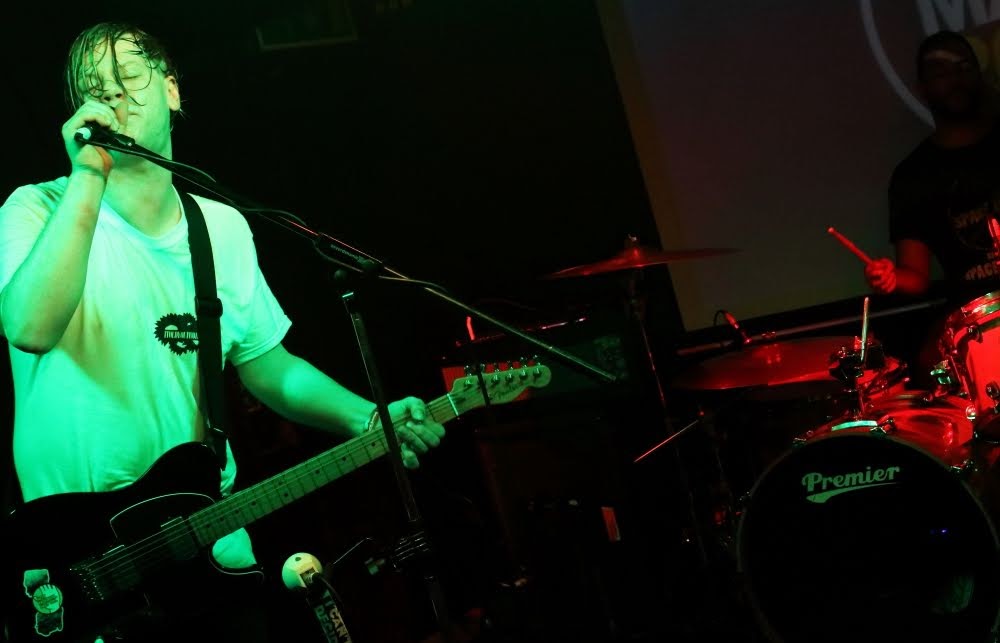 On the menu at The Soundhouse was ITOLDYOUIWOULDEATYOU, a seven-person strong ensemble with an appetite for atmospheric lead guitar, scintillating lines of synth, intricate time signatures, and tactical tempo changes. Their loquaciously layered vocals, with a mixture of cleans and screams, were reminiscent of Taking Back Sunday, whilst their instrumentation had shades of shoegaze and math rock. 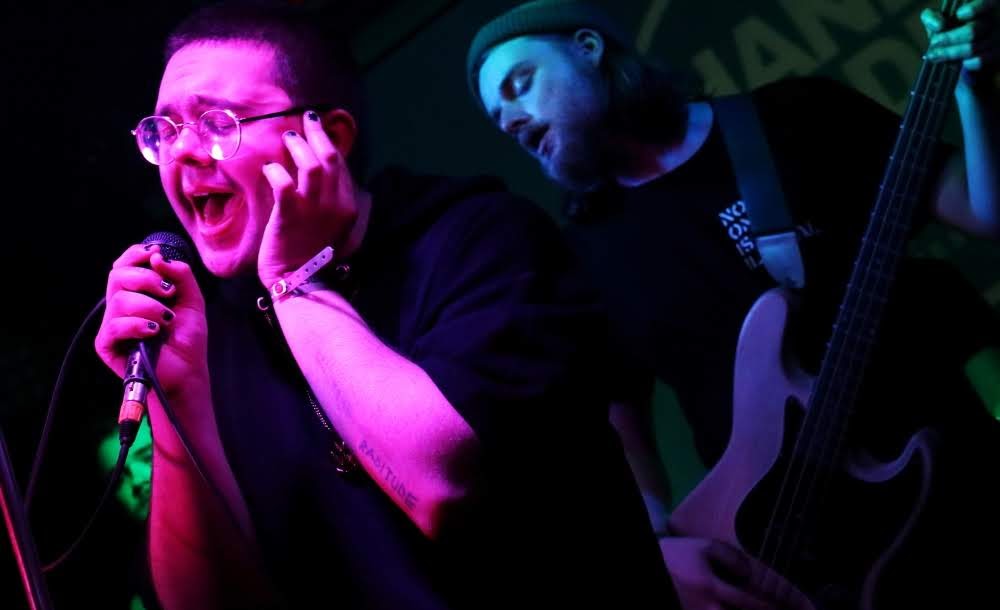 Meanwhile, over at the Y Theatre, a small but enthusiastic crowd settled into the soothing, subtle soundscape of Rozi Plain. The group is actually a rotating collective of musicians who perform under lead singer/ composer Rozi’s name, yet they played with seamless assurance, exhibiting exotic drumbeats, sighs of synth, and exquisitely executed vocal harmonies. Their richly-textured, relaxing arrangements were a credit to both their musicianship and the quality of the sound production at this often under-rated venue. 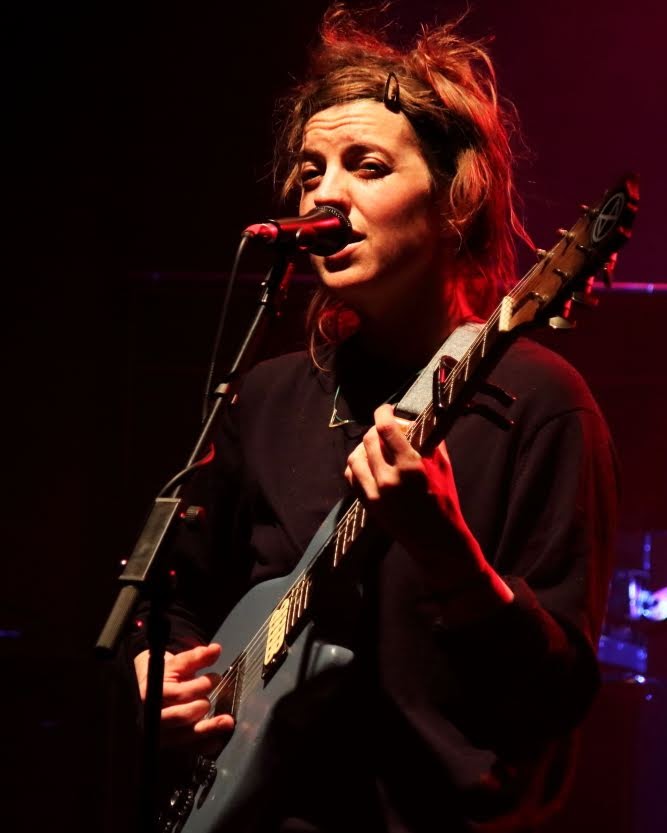 Up at Leicester University, a swarm of eager students packed into the O2 Academy to see indie rock icons The Futureheads. The four-piece thrilled the crowd with their catchy, accessible tunes, taking us back in time a decade or so, to when bands like The Pigeon Detectives, The Kinks, and The Killers ruled the charts. 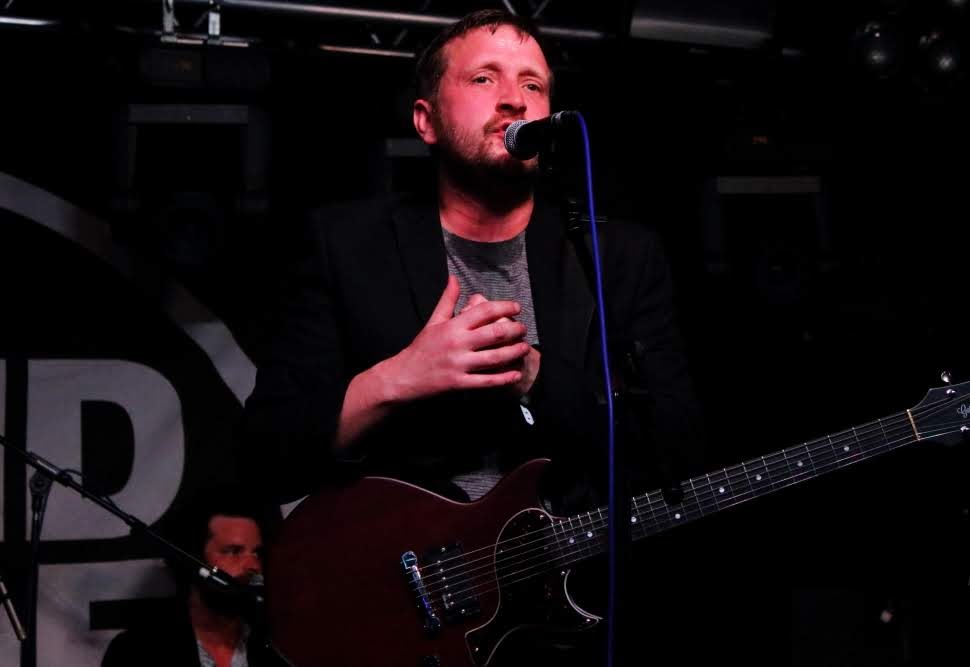 The Futureheads at The O2 Academy 2 Photo: Kevin Gaughan

After playing their UK debut show in Leicester at The Cookie back in September 2018, Dublin’s The Murder Capital have become one of the most talked about bands around. And the reason for that is evident tonight at Firebug. Songs are delivered not only with passion and skill, but with an intensity and emotion that sends ripples into the crowd and up and down their spines. No more so than when Slow Dance Parts 1 and 2 are played. Closing with debut single Feeling Fades allows the band the chance to drain their remaining emotional and physical energy and leave the festival Firebug crowd more than fulfilled.

An outstanding performance from a brilliant band. 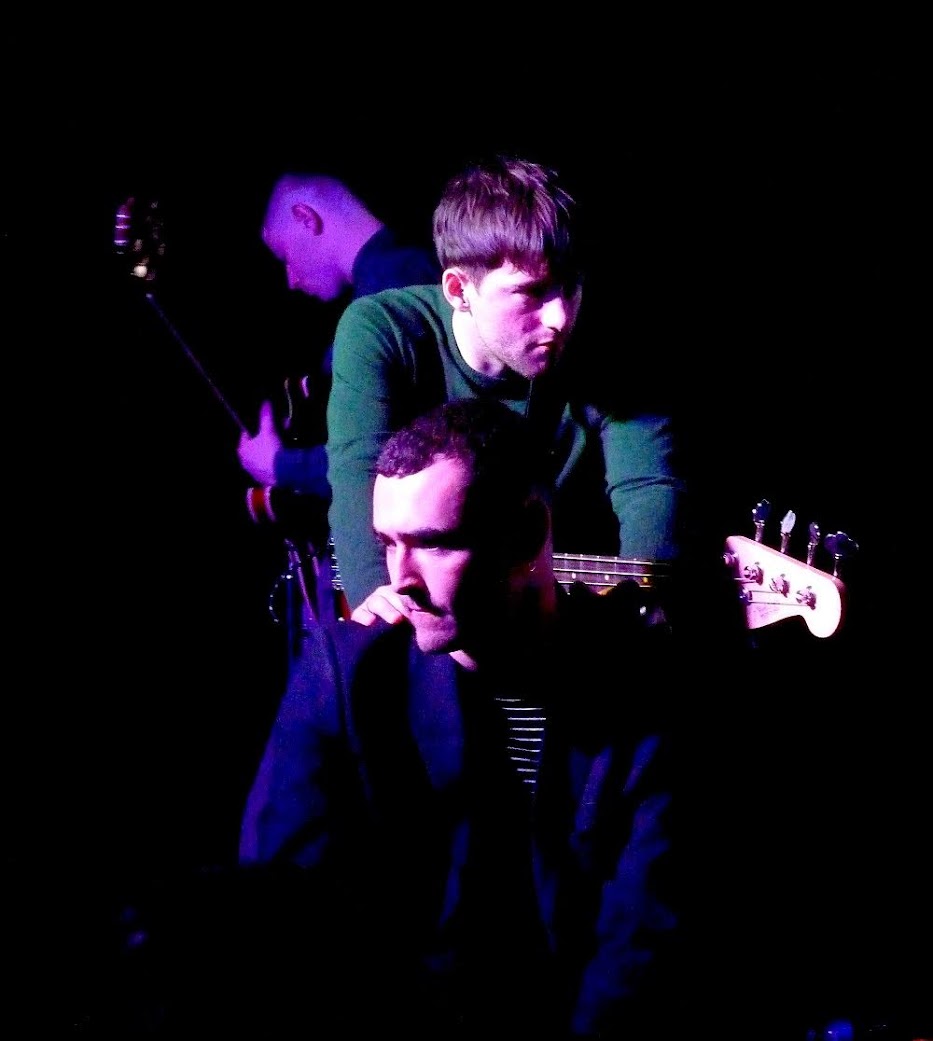 Orchards are the prime example of why not to judge a book by the cover. The sugar-coated glittery packaging, promising endless candies and dancing under the rainbow, hides a harsh mass of complex melodic combinations. Orchards’ math alt-pop is indeed a wonderful joy-mine where you never know what you’ll find. The only sure thing is fun. 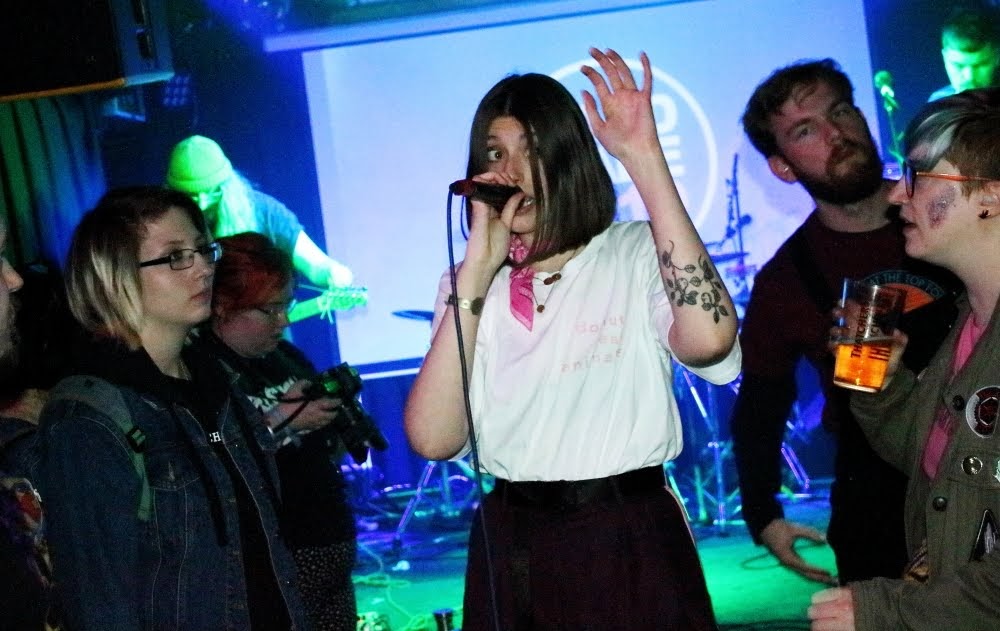 Leicester-based two-man ‘skum-punk’ outfit Earls attracted an anarchic crowd downstairs at The Cookie. The audience crammed into the cosy venue, delighting in the duo’s driving, dirty rhythms, and raucous, brazen vocals. Imagine traipsing home with your best mate, at 3 am on a Saturday night, and drunkenly deciding to form a band. Now imagine that it actually sounds really good. That’s Earls. 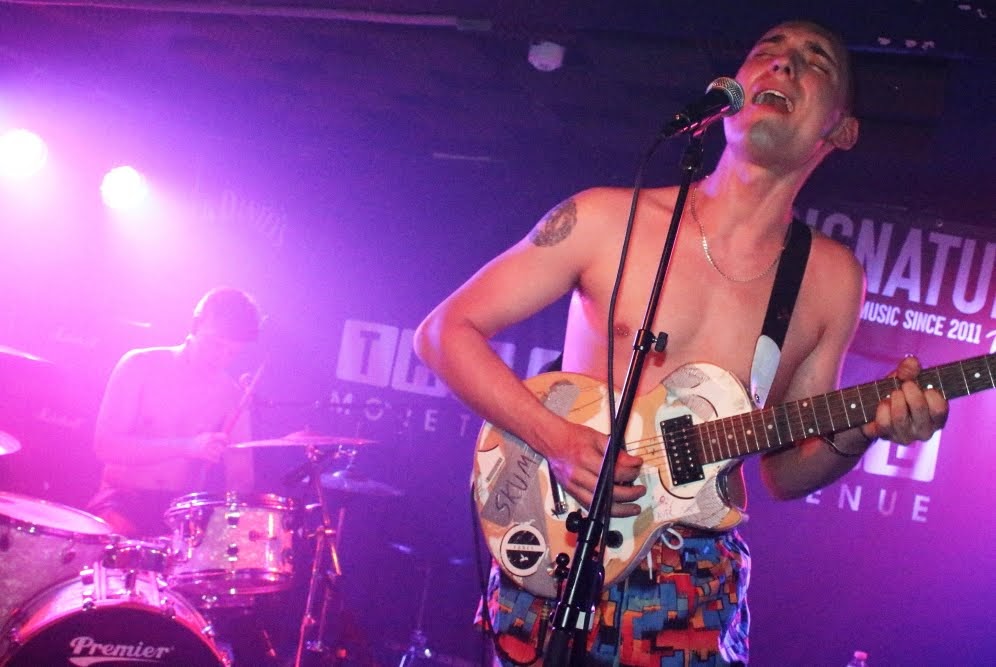 Life is the band we deserve but didn’t know that we need. It’s well-informed and well-angry punk rock for our doomed generation. It’s a razor blade cutting deep through the mass ignorance, blind consumerism and superficial content with the given to deal with the rotten insides. To cut them out. Despite point on instrumental and killing vocals, Life’s tracks are painful to comprehend. Too real. Too authentic. Life brought the judgement day upon us in the form of the best gig of the night.

Headlining Handmade’s biggest stage, the O2 Academy 1 at Leicester University, Metronomy put in a polished performance of Motown-inspired indie pop-rock, bolstered by bodacious bass hooks, and sparkling synth. Ramping up the retro with falsetto vocal harmonies, the proficient musicians finished the evening in smooth, sophisticated style. Fans of Chromeo or Daft Punk may find much to appreciate in Metronomy’s new-wave flavoured material. 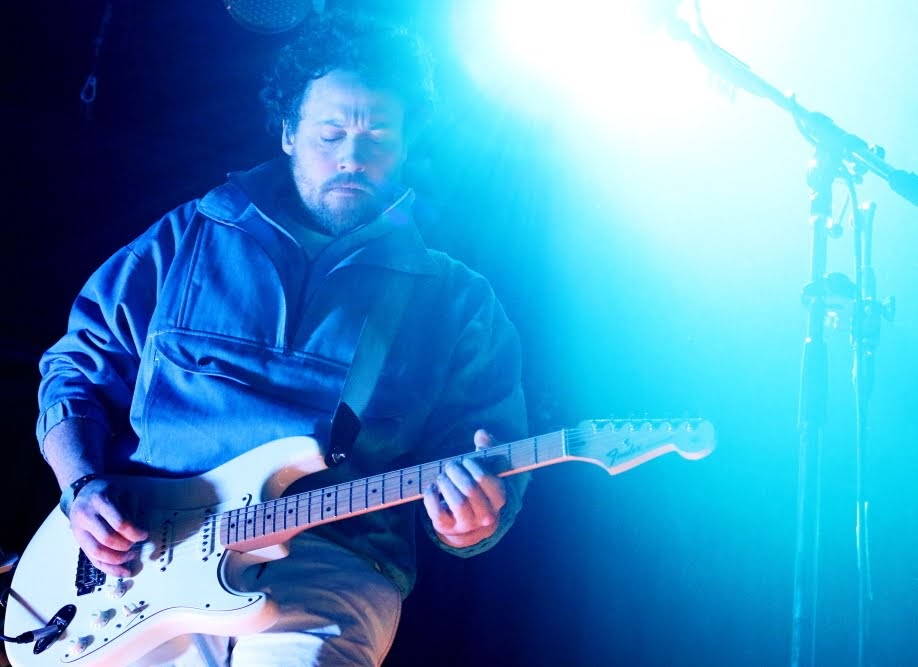 Heavy Lungs are not about the past or future. It’s about now, about the journey. And they took us on a hell of a trip. Heavy Lungs’ post-punk is pulsing with life with every single beat, scream and bang. So were their tracks, especially Jealous about the feelings you can’t get rid of and Blood Brother, in praise of true friendship (and a shout-out to Joe Talbot from IDLES) were standouts.

Their Straight to CD EP is a must-listen. 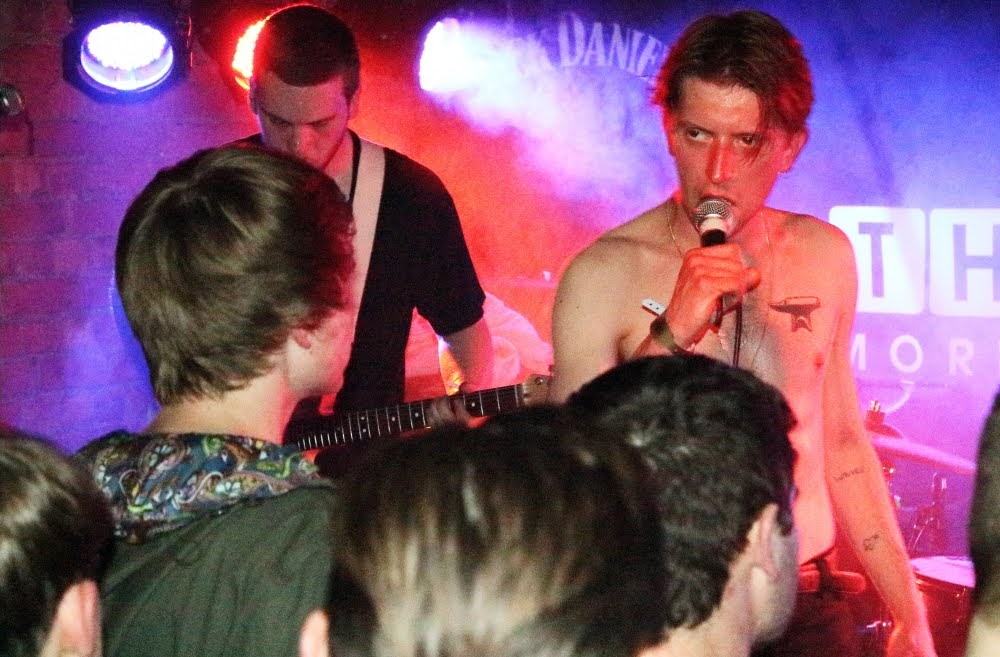 Crows were like a merciless thunderstorm that got hold of The Cookie. The drums transformed into a non-stop noise machine, dirty guitar riffs lamented along with the shouty, heart-wrenching vocals that made the crowd mosh like there was no tomorrow. Crows’ heavy, dark and full of symbolism kind of punk is chaotically cathartic what makes them one of the most promising rising bands. 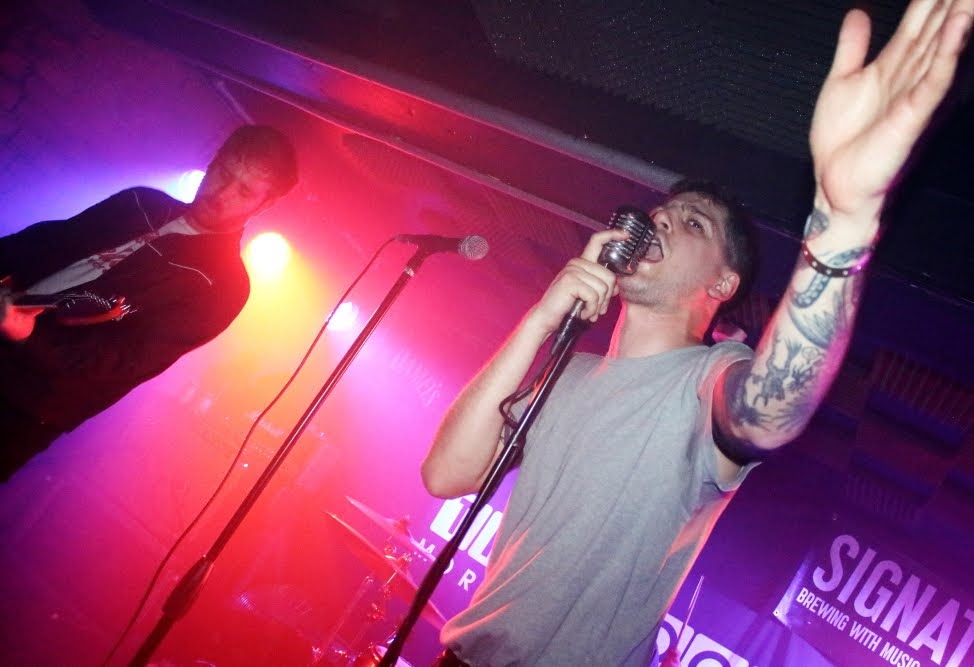 See Crows perform on the night: