with One Still Standing, Kendarri and Alignments

The gig was organised by The DMU Rock & Metal society.

On the 13th of October the Rock Society from De Montfort University welcomed old and new members back with their first variety gig of the year held in Firebug.

Even though it started off a bit shaky with original headliners Agrona dropping out on the same day as the performance and openers One Still Standing’s less than ideal performance, the evening will ultimately be remembered for its amazing follow up acts: Kendarri, Alignments and the Rock Soc favorites Monachopsis.

The gig was opened by One Still Standing, who were pretty alright, but compared to the other bands on the bill that performance simply faded into the background. 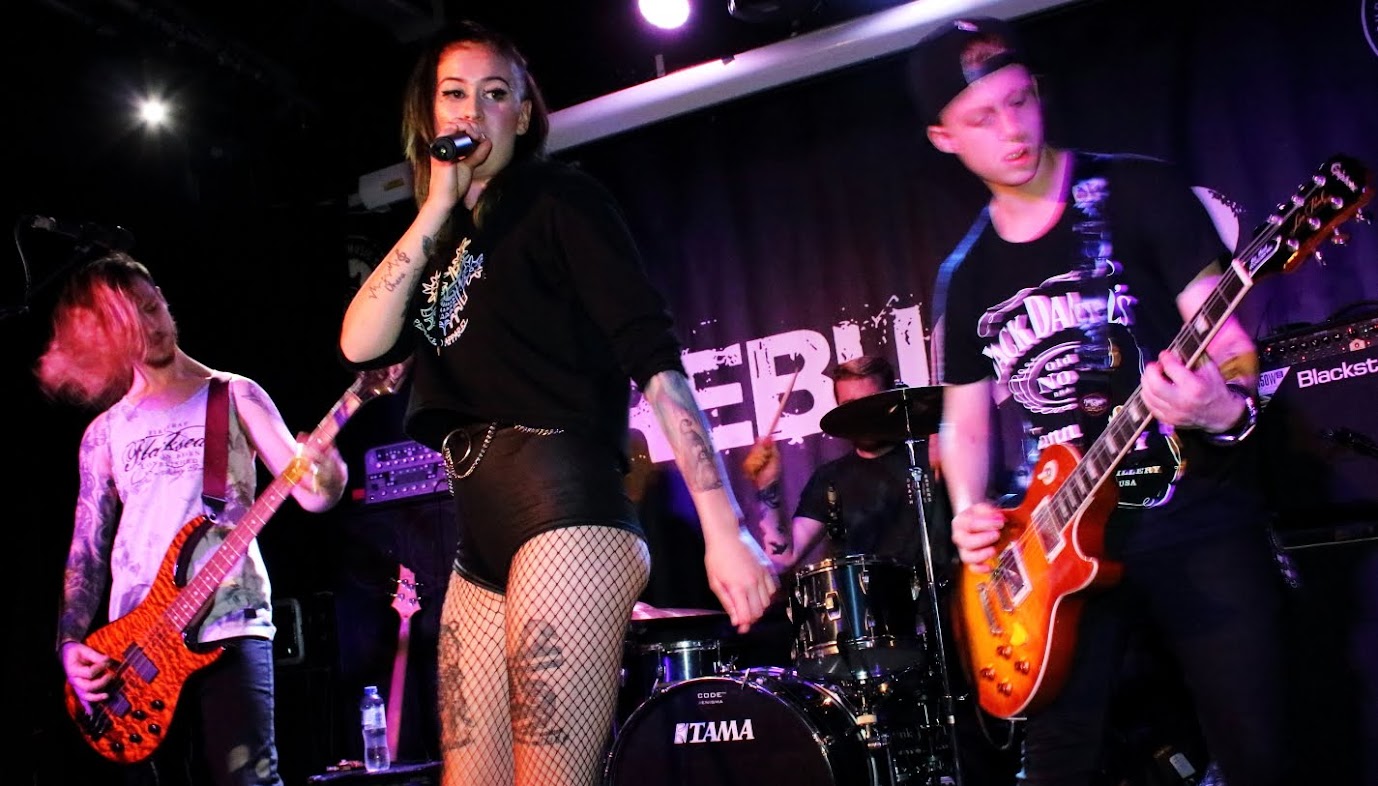 Next up were Kendarri, who never fail to bring fantastic guitar work with both covers and originals on stage. Their performance finally got the crowd excited for what was to come, as they clearly showed their passion for music through their performance. 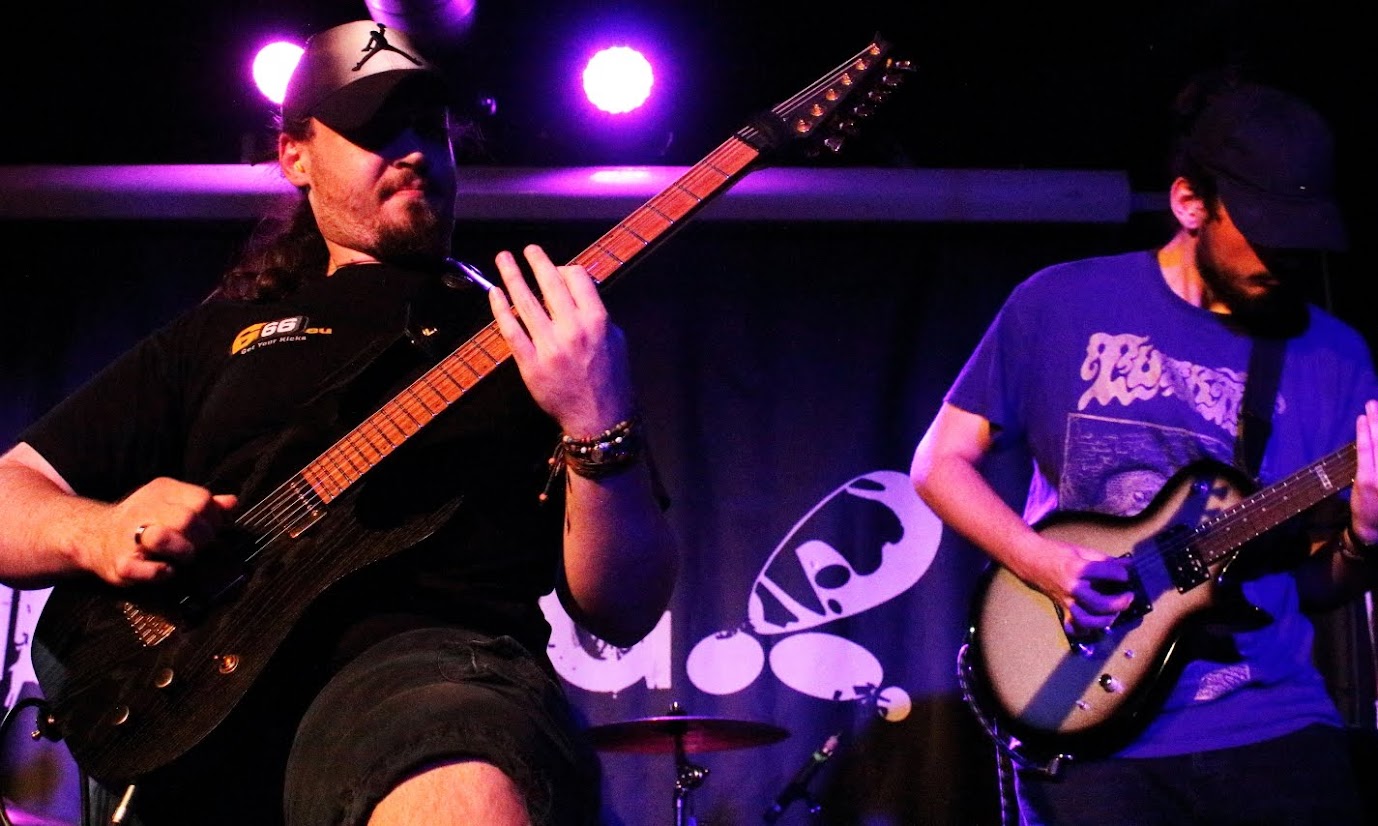 Alignments are one of the favorite metalcore acts from the Rock Society, Alex the front man always manages to get good interaction with the crowd and brings powerful vocals to the table. Everyone should stay on the lookout for more new material from Alignments as so far, they have proven themselves to be one of the bands to watch on the Leicester scene. 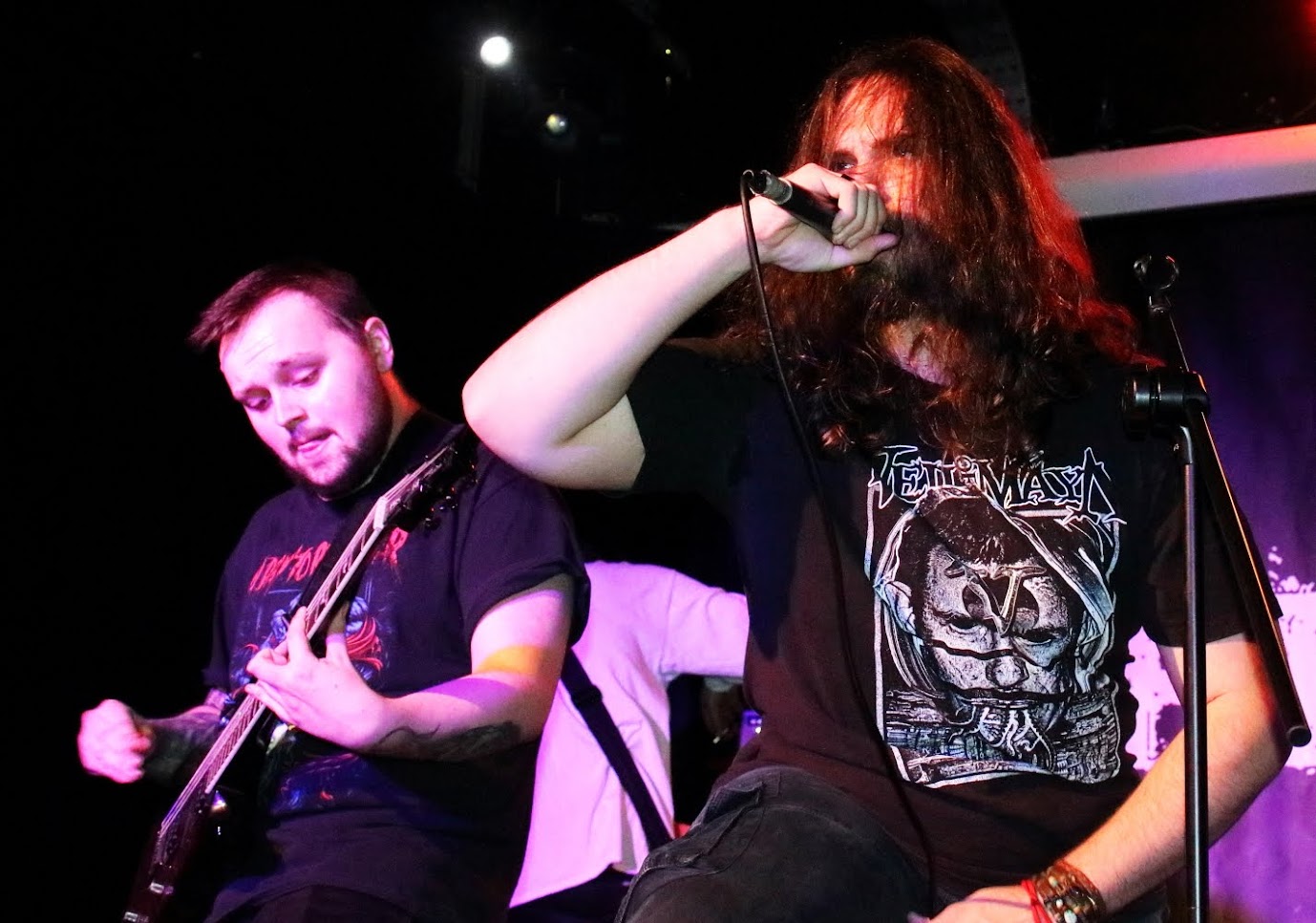 Finally, we have the Rock Society’s all-time favorite technical death metal quintet Monachopsis, who Music in Leicester had the pleasure of interviewing before the gig (see below).
It is easy to say that the original headliners dropping out was probably for the best, as they would have clearly struggled following up Monachopsis, who delivered the best show that the Rock Society has ever seen. 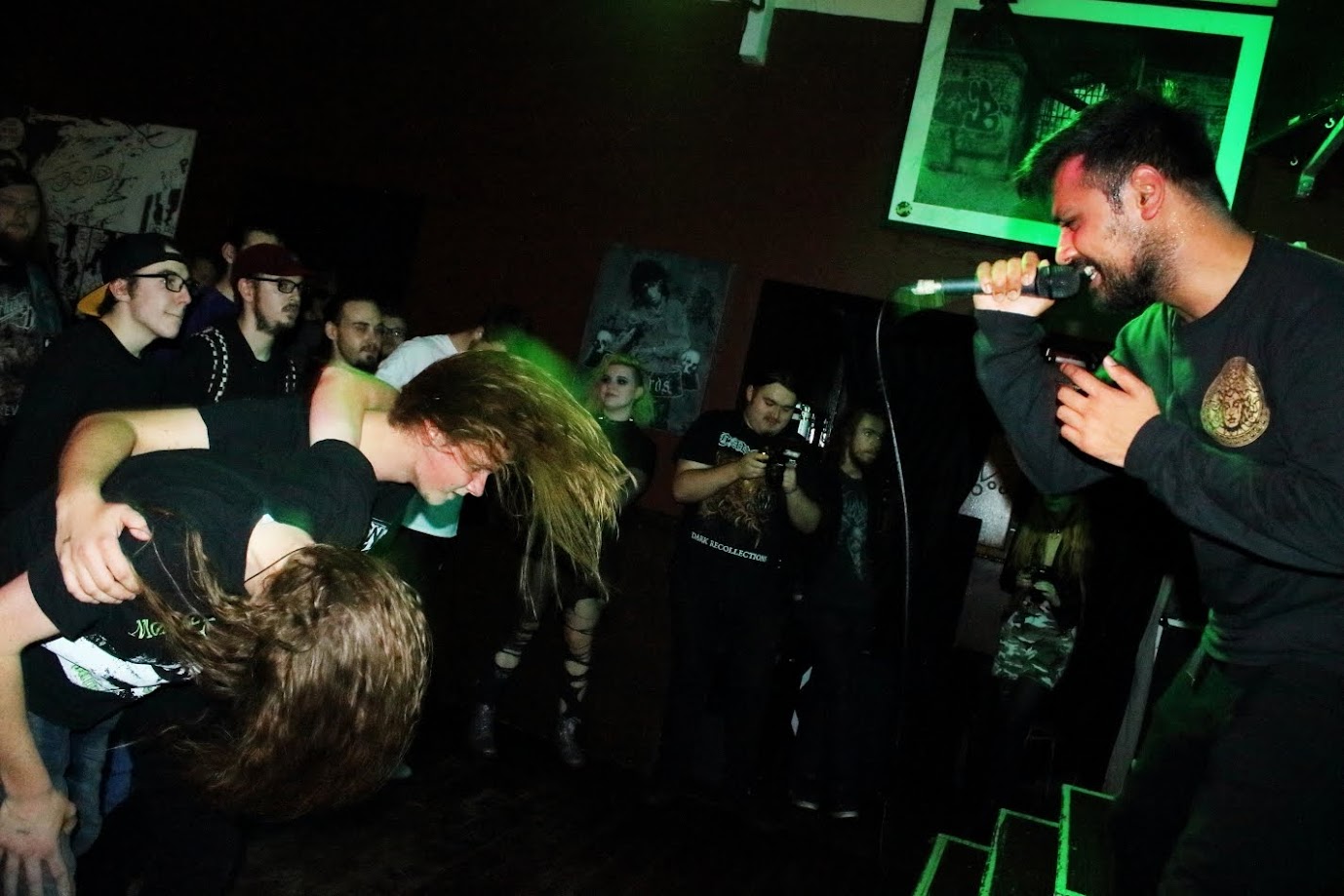 Not only was the crowd loving it, but it was clear that the band were enjoying themselves just as much as the audience. The room was filled with what can only be described as pure energy. They played a variety of songs, which the crowd absolutely adored, and we were even treated to an encore as nobody was ready for Monachopsis to leave.

Overall it was a phenomenal first gig from the Rock Society and the small issues ended up working in their favour. 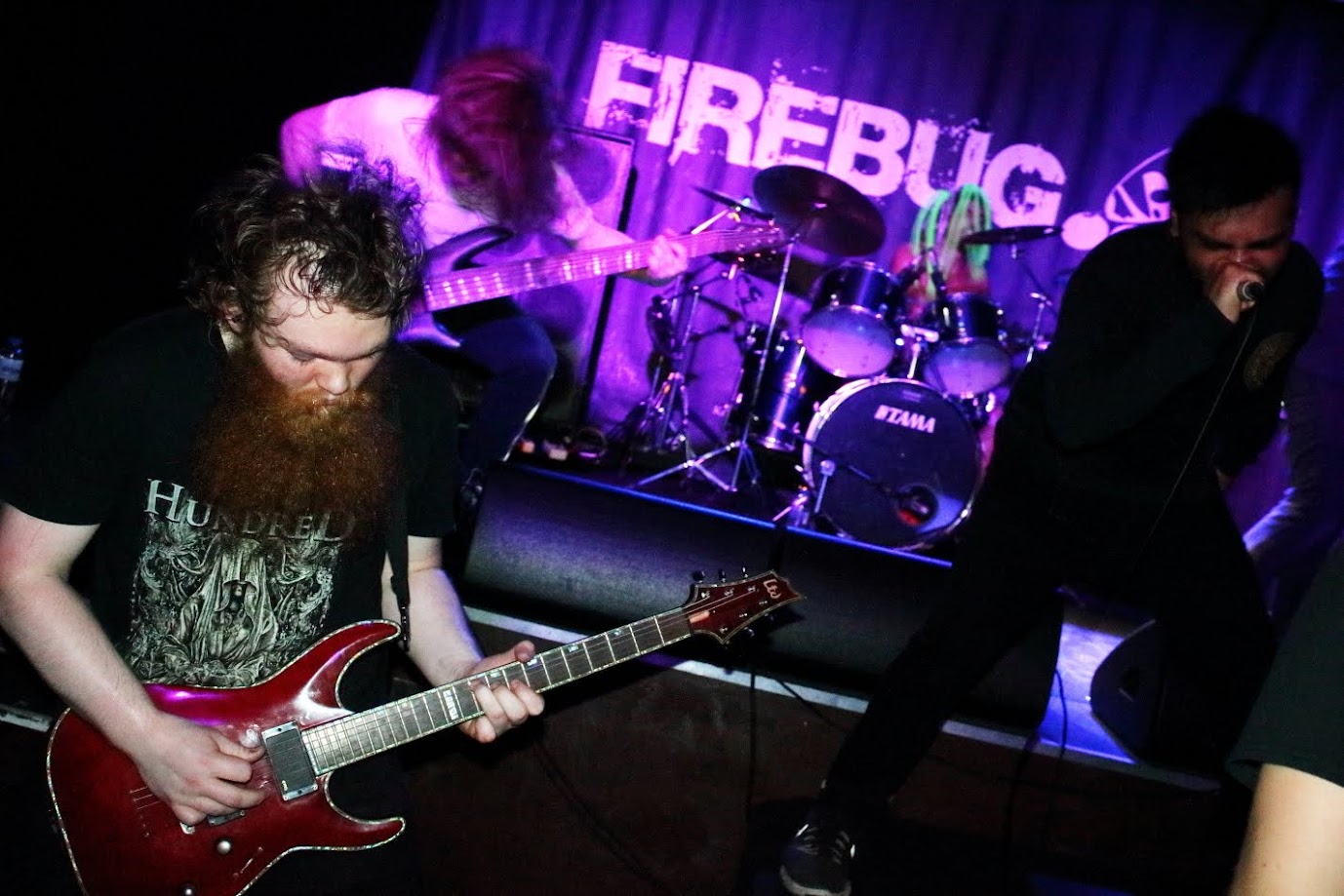 See our interview with Monachopsis before the gig: