with Sœur and Savanna Bones

Following their debut album release and as a part of the Welcome To Silvertown UK tour, Saint Agnes came back to Leicester with support from Sœur and Savanna Bones.

For a two-man act, Savanna Bones produced a lot of dirty noise (god bless the pedals). Every track was dripping with distortion, dragging you into the heavier side of rock. Very decent. Cheeky points for Crooked Little Beast, cool little track. Grungy and groovy. Robbie Hesketh (vocals/drums) and Adam Padmore’s (vocals/guitars) daunted tracks are made for enjoying them live, preferably with a bottle of Savanna cider. 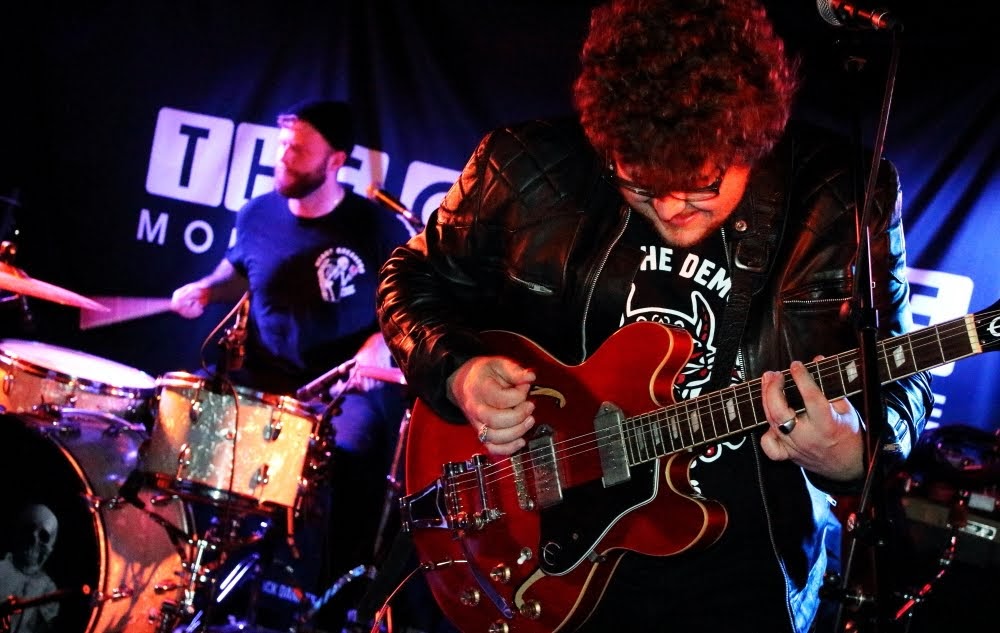 It took only a few seconds for the crowd to realise that Sœur, Bristol-based dual-fronted trio, is surely special. Maybe it was something about how Anya and Tina’s voices work magic in harmony with each other. Or that casual kinky up-beat kicks in between mellow melodies. Goosebumps arousing.

Their newest single Don’t from the recently released EP No Show was quite a highlight. Though, Fight stole the show. Lyrics ‘I don’t wanna fight anymore, ‘cause I don’t think it’s right anymore’ were a much-needed wake-up call. Sometimes giving up might be just the bravest thing to do.

Experiencing Sœur’s eclectic grungy math pop mix is like drifting on the surface of darkness. With an occasional dive in. Exciting enough to keep afloat. Safe enough to not to drown. Magnetic. 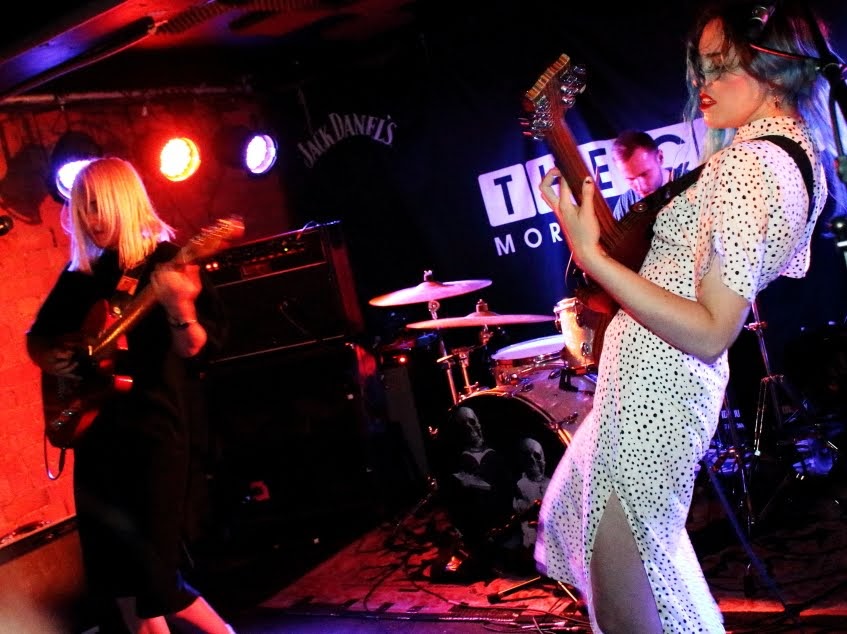 You need big balls to start with an acoustic version of John The Revelator. You have to be Saint Agnes, a lightning-struck gang of wicked psych-rockers who don’t give a single damn about anything but the show. If The White Stripes and The Stooges had recorded in the depths of Hades with the Devil himself, they’d sound like Saint Agnes. Beyond cool.
‘There’s no leaving Silvertown now’ shouted Kitty (what a vocal) to the raging riff. We wouldn’t dare to leave. It’s the place where ex-lovers haunt to the most spooky, distorted sounds (Move Like a Ghost), witches-turn-feminist seduce in all their glory at midnight (Witching Hour) and Eden is actually in Hell (Diablo, Take Me Home). Both Black Horse and I Feel Dangerous Around You were sinisterly cathartic standouts.

Kitty and John’s vocal duos – electrifying. You could see sparks flying off the stage. Sparks that set off a bloody bombs’ explosion. To the bluesy bass.
Make sure to check out their new single Brother or be damned. And Silvertown, get ready. We’re staying here for good.