Reviewed and photographed by Kevin Gaughan

Western Park festival is an annual family-friendly affair, this year it was free to enter with suggested donations going to local charities. 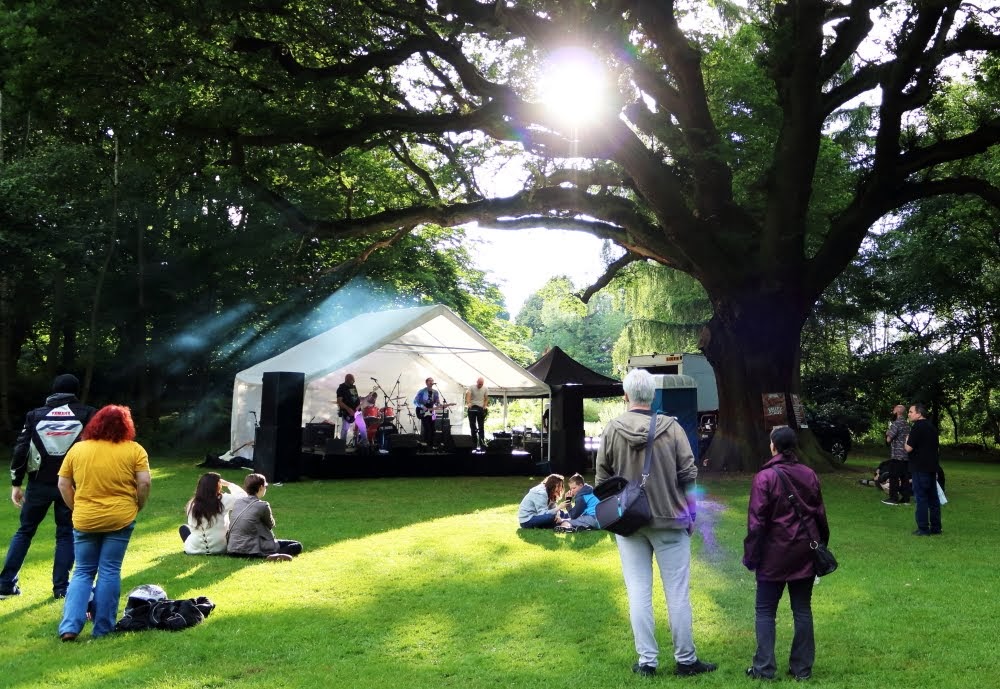 The festival always feels like a very well organised event with plenty of helpful, happy staff more than willing to cater for most of your needs and questions. While catering for the whole family, with small fairground rides for the kids, cake stalls and various other types of food and entertainment on offer, as well as a real ale tent, it is also popular with dog walkers, too, adding to the chilled, laid back atmosphere. 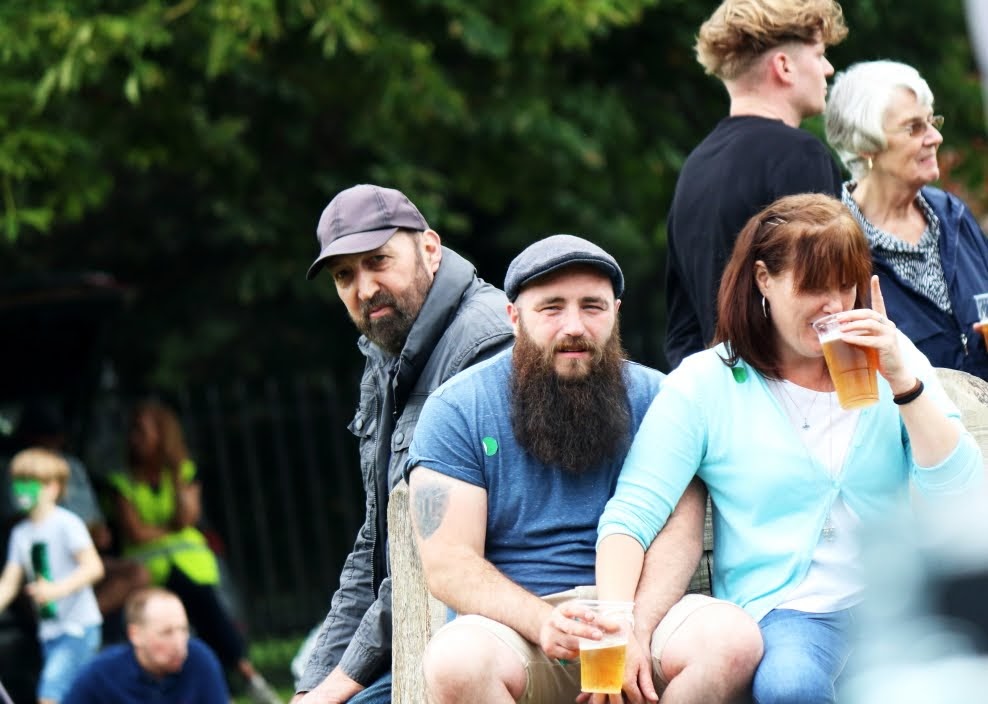 Music in Leicester particularly enjoy the festival because they have a very good mix of local musicians that are hand-picked through their series of auditions that are run throughout the year, usually at The Soundhouse in Leicester. The festival is a great opportunity for the musicians to perform to the wider public as well as providing a lot of quality musical entertainment across many genres.

Although the weather forecast leading up to the festival was generally OK, on the day, it did rain for an hour or so but the sun did grace us with its presence around 18:30, which was very welcome, although a little late, as the festival finished at 20:00

Having secured my bike in the secure, manned and free bike-park at 11:00, I hot-footed it over to the main stage (via the real ale tent) to experience the first band in my day’s musical journey.

The crowd size was respectable (estimated 100), given the early start and the grey drizzle, so it was a promising start for young local band, Brainstorm. Performing a number of covers, starting with Bet You Look Good on the Dancefloor, American Idiot and Teen Spirit, among others, all performed well, considering their tender years. 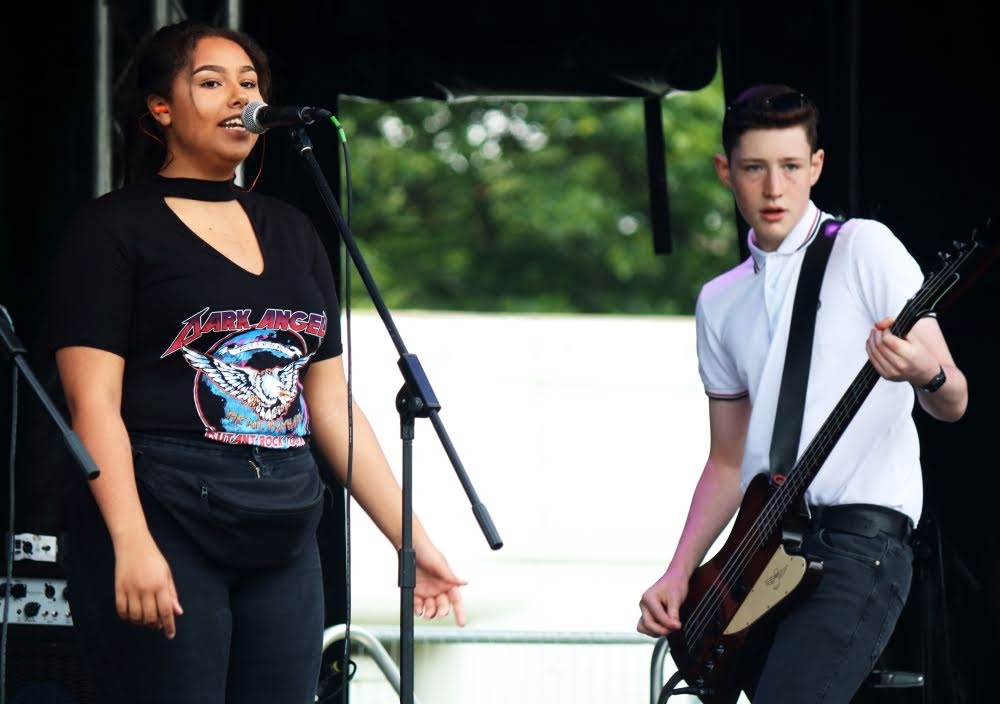 Next up, at 11:30 on the valley stage, were Schlock City, hailing from just round the corner of Western Park, they had a sparse crowd with minimal chatter between songs, often just saying ‘thanks’. I did, however, really enjoy their music. I’d call it atmospheric acoustic, with good use of their multitude of effects pedals, creating some lovely sounds with the guitar. They currently don’t do social media, but you can hear their album here. 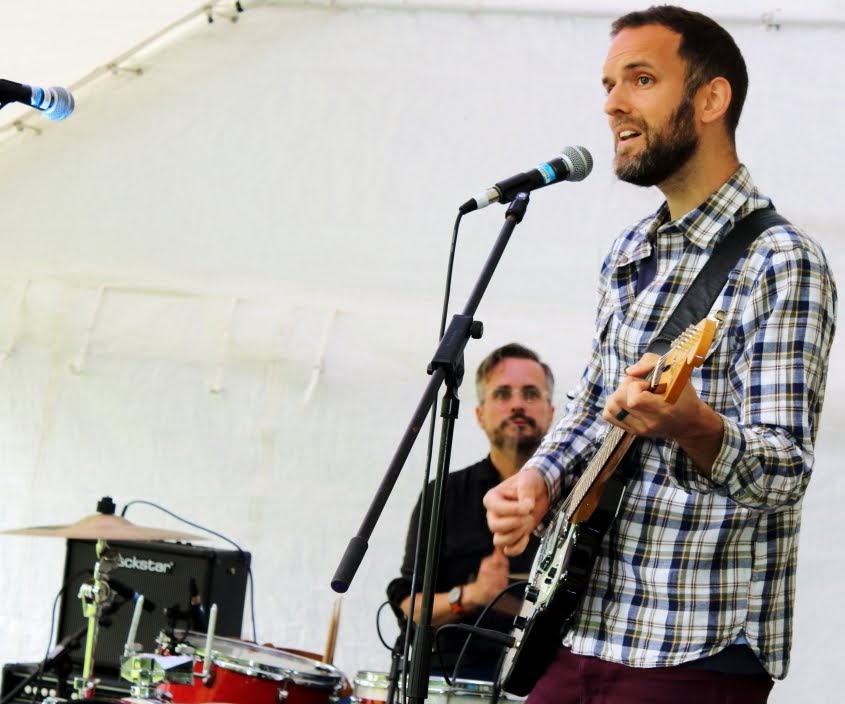 After hiding under a huge tree for a bit as the heavens opened, I heard the unmistakably raw, gravelly voice and heavy guitars of Leicester favourites, Finches of Attica. I reckon the rain added more bass to the main stage as they sounded particularly beefy today.

Absolutely loved their rocked up version of House of the Rising Sun, and it was great to see them perform their latest single, Killswitch, with it’s addictively catchy chorus, sounding like it should be in the top 10 of the national rock charts!

Finishing off with their version of the metal classic, Let the Bodies Hit the Floor, the headbangers in the crowd were motivated into a momentary moshing frenzy. 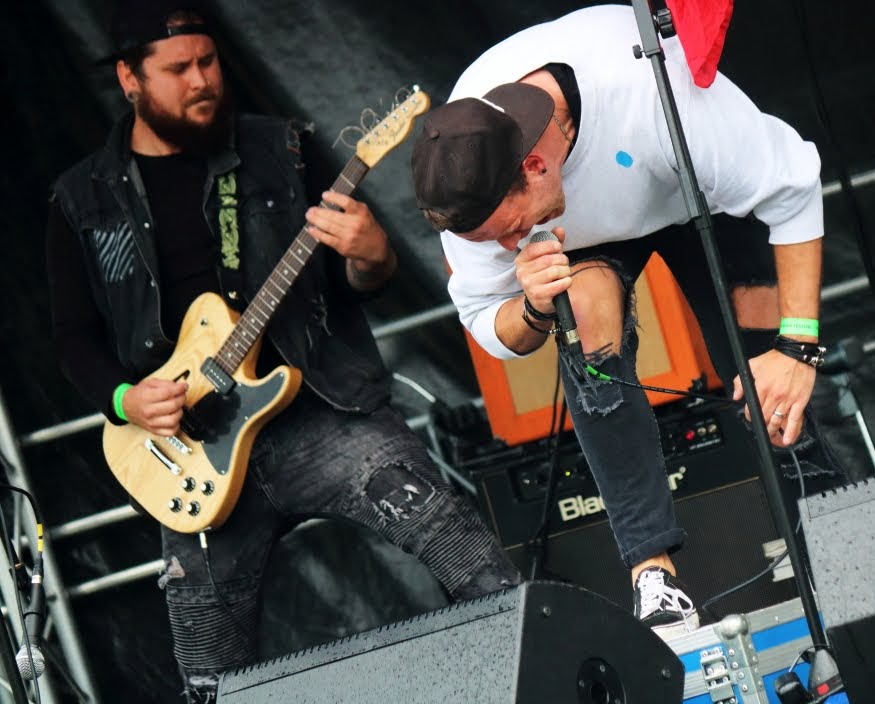 Over on the bandstand I found a rapping Ro Jordan, and doing a sublime job of it, too. Having seen Ro at a few local events over the years, it was great to see her and hear her voice mature nicely.

Performing well beyond her tender years, her normal singing voice reminded me of Whitney Houston with a similar, spectacular, vocal range. It was nice to see her perform a mix of styles including some rap. She performed the title track from her EP, Kiddo, which has also had airplay from BBC1 Xtra and Dean Jackson’s BBC Introducing. 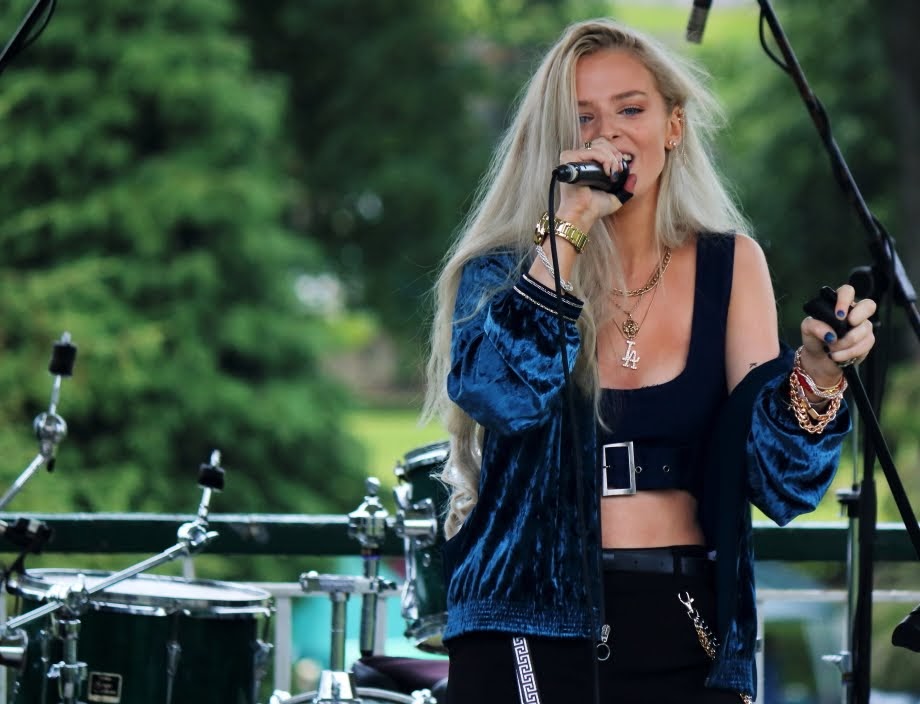 Next on my travels, I stopped off at the valley stage to see a man with his flat cap and accordion, TC Costello, performing his Parisian/Pirate sounding music, that’s how I would describe it, anyway. He certainly made it a little more enjoyable as I took refuge from the drizzle under the canopy of the trees at the valley stage. 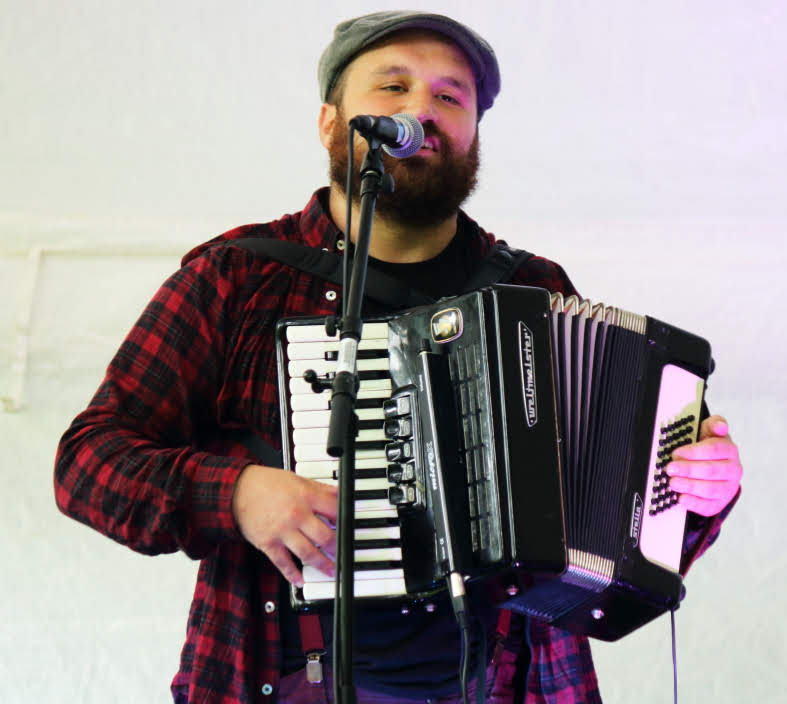 Echoing from up the hill and over the other side of the field, I could hear the unmistakenly finely tuned voice of Emma from female-fronted metal/rock band, Gallows High. Having hot footed it up and over, via the real ale tent, I was rewarded by a lusciously rocky set from this accomplished Leicester band. Emma’s piercing, but not shrieking, vocals are remarkable in their power and delivery, the sound man, Neil Segrott, clearly did a great job for Gallows High. 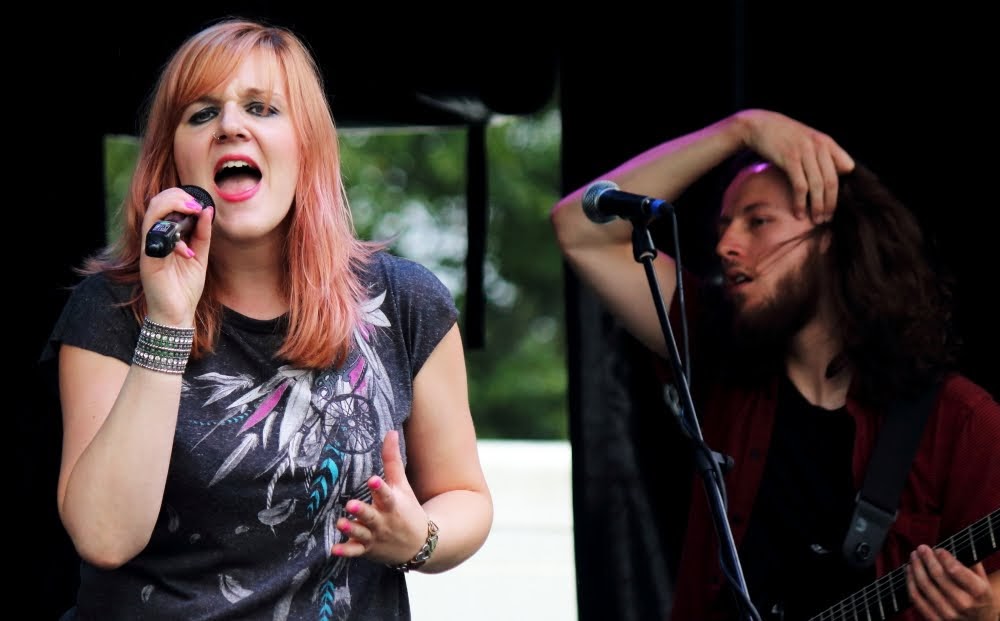 Then came a young, very young, band at the valley stage, calling themselves The Basement a five piece from the Leicester area, clearly still at school, but putting in a committed performance with a professional approach, they performed a number of covers and showed a lot of promise.

Concentrating hard on their instruments, which is no bad thing at this level, as it shows they’re taking it seriously, they performed to an enthusiastic crowd of mainly school friends.

They clearly all had the skillset required to do a good job and showed a lot of promise. 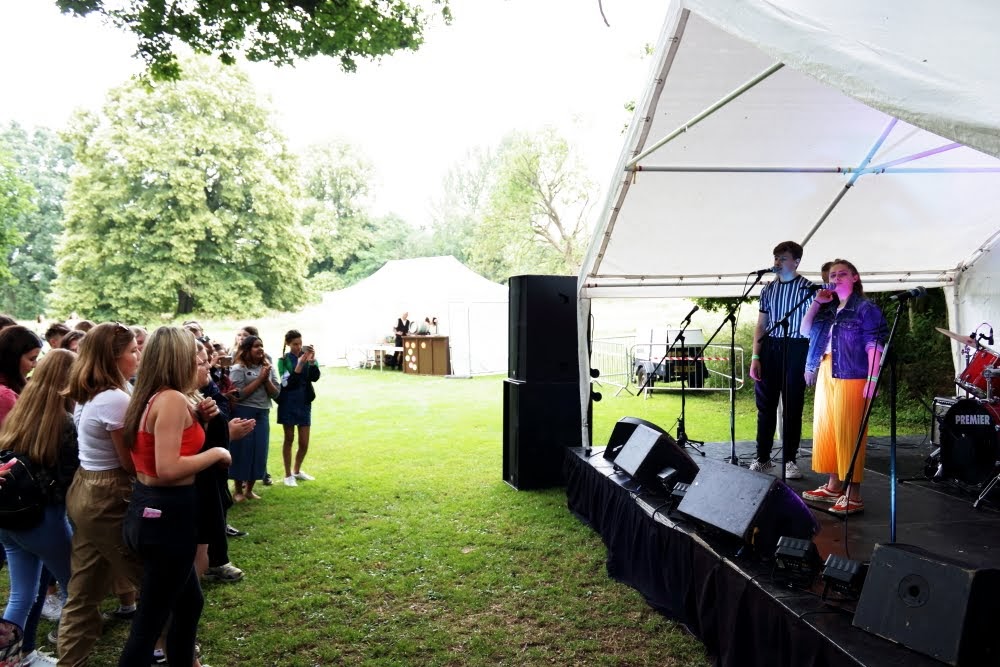 Back up to the main stage at 15:10 to find the sultry soul sounds of OTÈGA, it is impossible not to lose yourself in Kelechi’s chocolatey smooth vocals. Having seen them just over a month ago at Glastonbudget 2019, I love seeing them at festivals as they provide a great palette cleanser when you’ve had a day of indie rock bands. 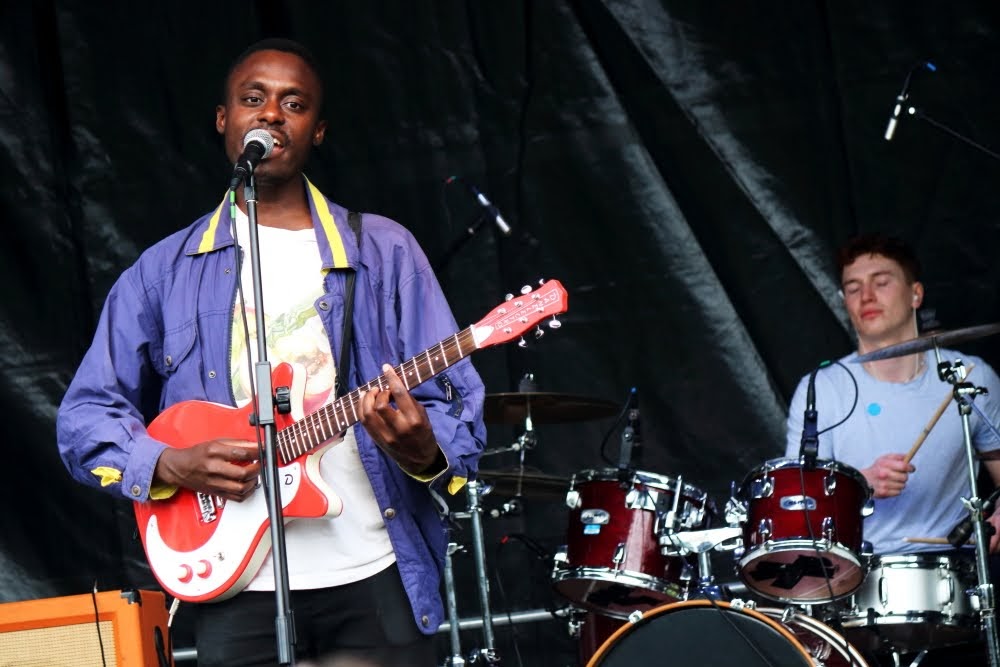 Over at the bandstand, I found the delights of the unusually titled Justice Beach Vocalist bringing her sophisticated look and jazz/blues/retro sounds to the festival, performing mostly Dean Martin and Frank Sinatra covers, including Dean Martin’s Aint that a Kick in the Head.
Sumptuous vocals and a nice bit of background information between songs made this a compelling act, one I’m very glad I caught. Again, her lovely jazz/blues vocals adding a nice, chilled vibe to this part of the festival. She also made a heartfelt dedication to her future husband which was an endearing touch.

I’d quite like to see more of this young lady on the Leicester scene. 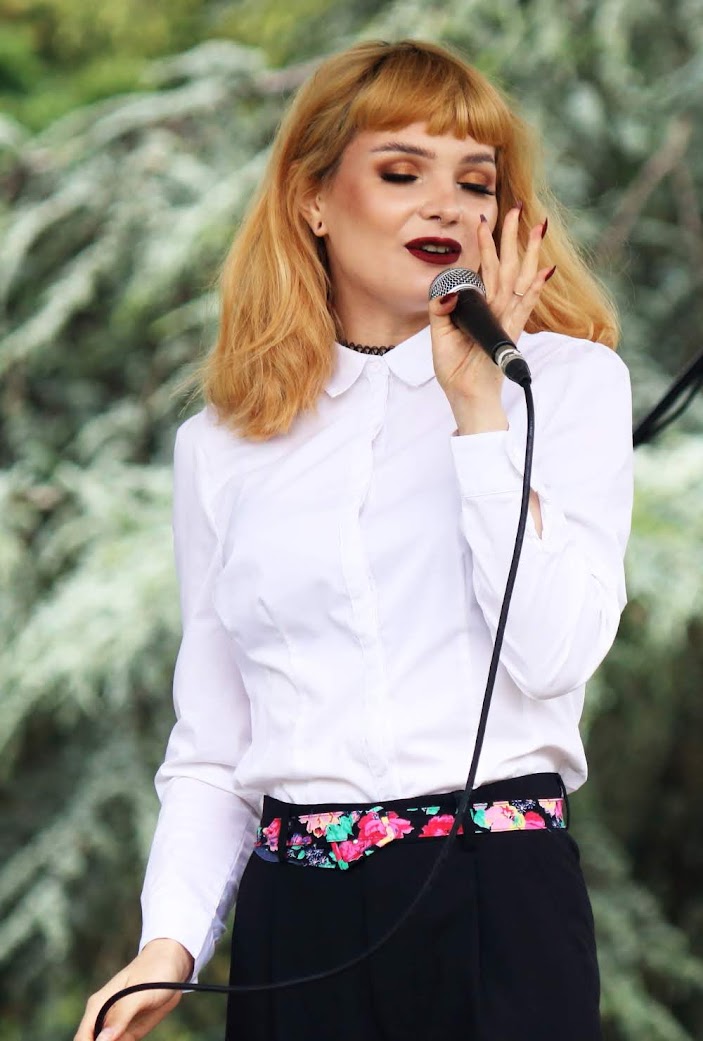 Back down to the valley stage to find Code Switch Theory, a duo performing their psychedelic electro-rock. With oodles of nice distorted effects on the guitar, I really liked their style as they finished their set with their latest single which was being released on the same day, Rocket to the Moon. 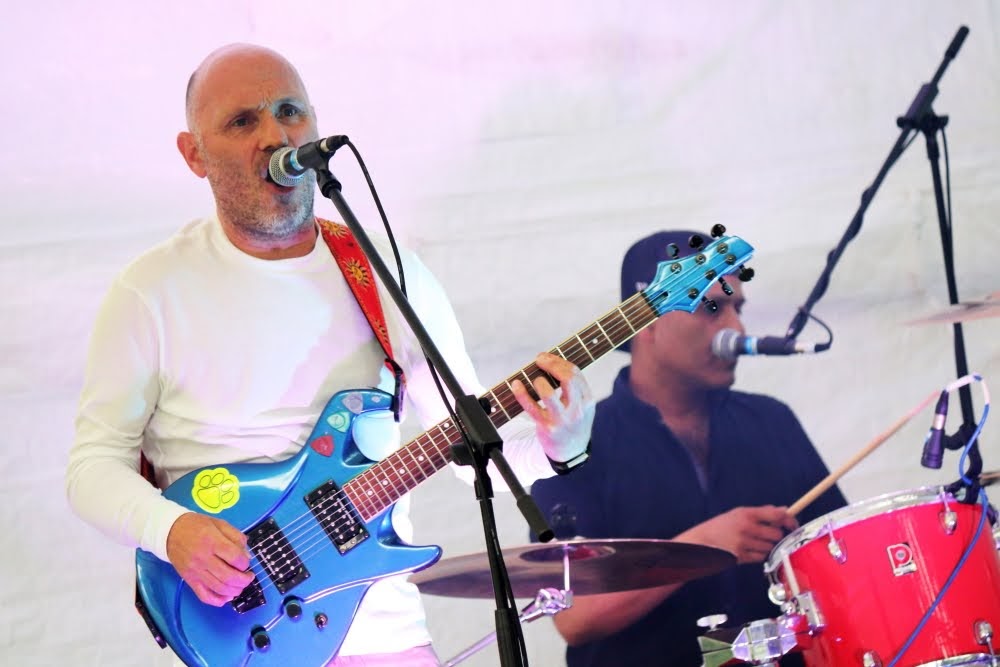 Staying down at the valley stage for a bit to see what The Quirkz were all about. The band are a nicely vocally and visually contrasting duo from Leicester. They performed covers from a variety of genres including Tina Turner’s Proud Mary, Blondie’s Heart of Glass, Valerie and Phil Collins’ You Can’t Hurry Love.

Their voices harmonised well, they had a professional look and feel to them, including their choreographed moves and were very entertaining to watch. 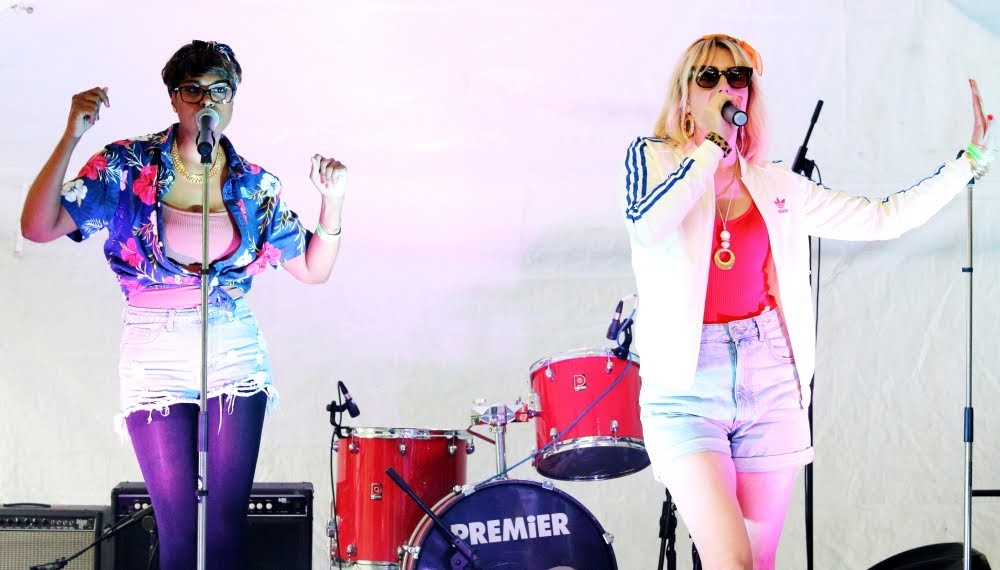 Next on my musical journey was the sultry sounds of the very talented and well known local musician, Jesse Wright band. Performing mostly originals with some covers, they always please and attracted a large, attentive crowd. As with a number of the acts in this part of the afternoon, Jesse’s style is a nice mix of sultry soul/jazz and folk. Beautiful to listen to and entertaining to watch – all in all a great performance. 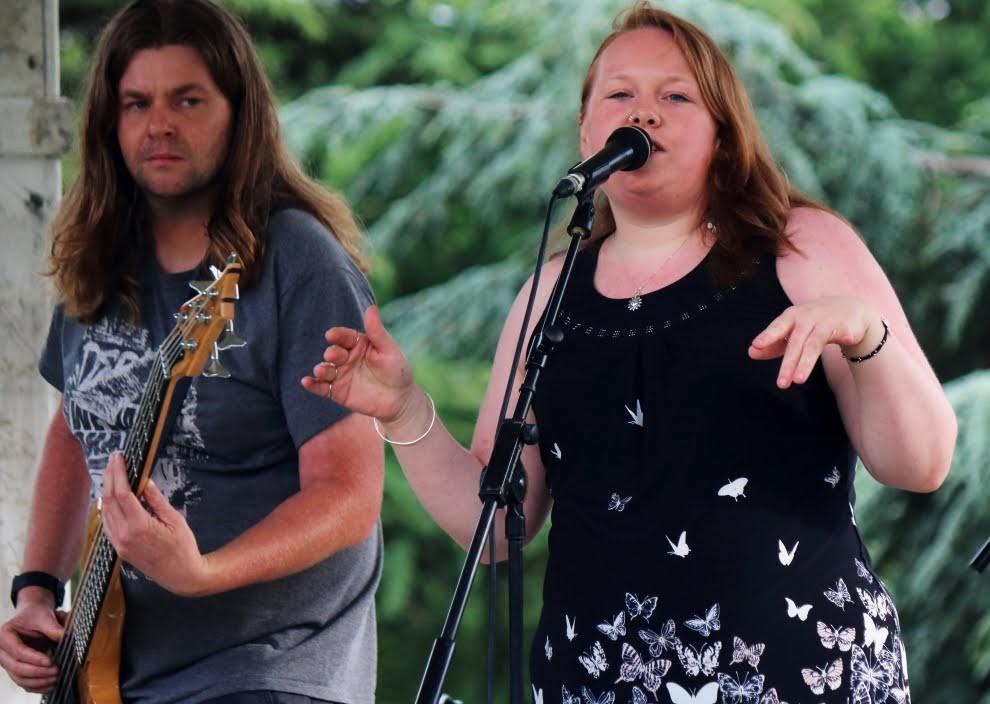 Headlining Western Park Festival 2019 were The Zufflers, a local indie rock covers band. Finally, the sun managed to grace us with its presence as the Zufflers hit the main stage. They performed a number of covers by The Foo Fighters, Kings of Leon and Oasis. Finishing on a high with Don’t look back in Anger, they finished the festival with the crowd in an indie dancing frenzy and were great entertainment. 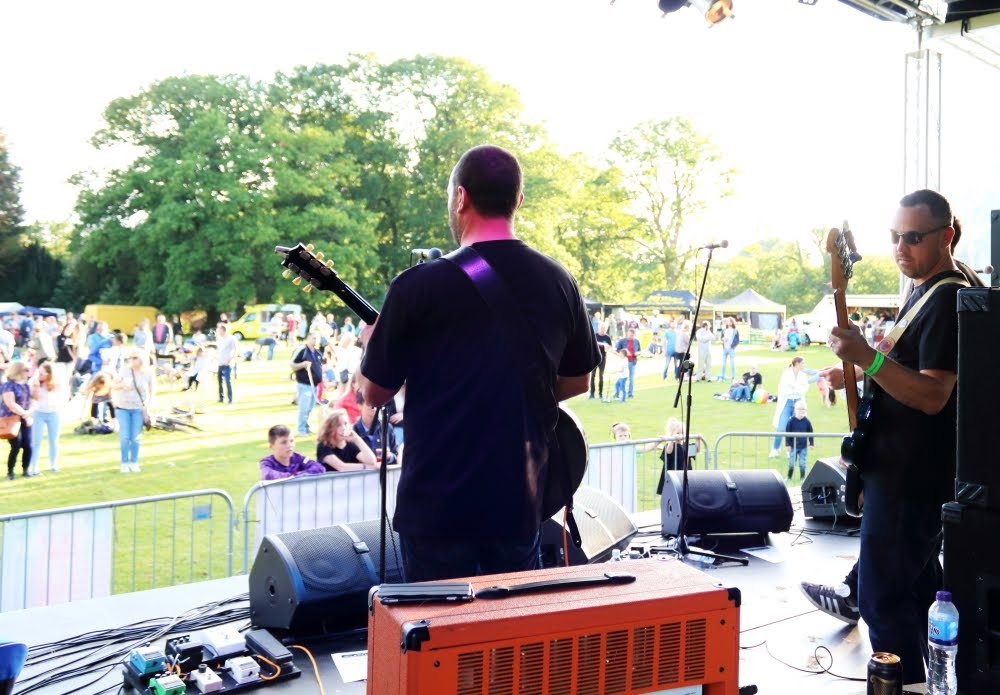 The Zufflers finished the festival on a high and left the crowd, myself included, wanting more, MUCH more.

With a heavy heart, I left Western Park wishing it wouldn’t end so early. Throughout the day, the music has been fantastic and the joyousness and friendliness of the crowd and staff made the day hugely enjoyable and looking forward to next years event.

To see where & when the auditions for next year’s festival are, keep an eye on our gig calendar, all gigs are open to the public and are a great night out.