The first band of my Glastonbudget 2019 experience was Leicester’s swaggery indie rock band Revival, playing their mix of Oasis-sounding original songs with some covers including Oasis’ Supersonic and The Stereophonics’ Dakota, all performed authentically and putting me in the mood for more indie anthems throughout the weekend.

Revival played in the huge big top marquee and did well in attracting a larger crowd at the end of their set than at the beginning.

Whetting my appetite for Glastonbudget favourites, Oasish, who were on Sunday’s Line-up. Revival did a great job at setting the scene for the rest of my Glastonbudget 2019 adventure. 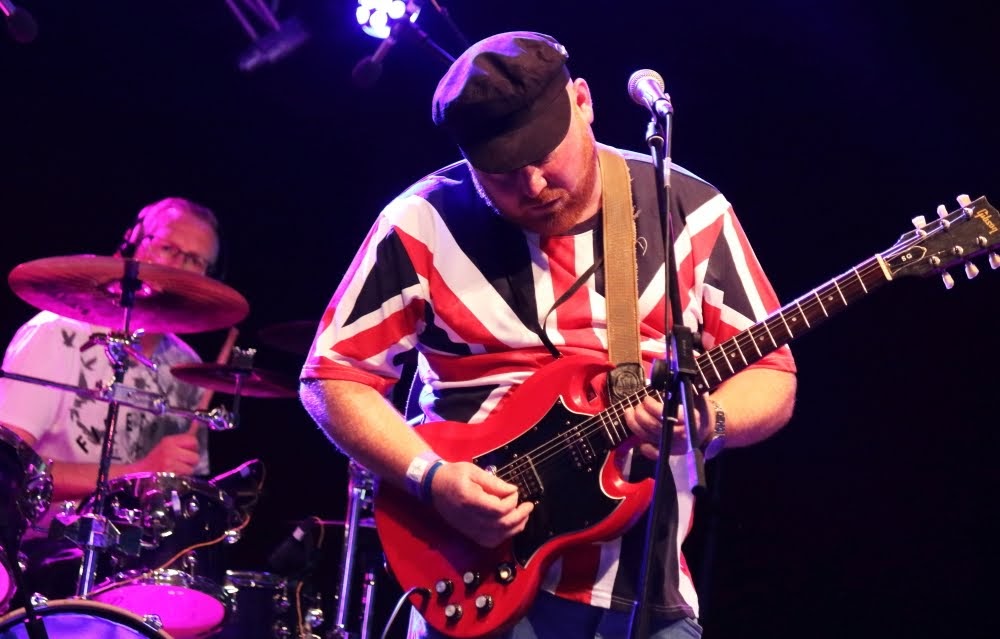 I was going to go for a wander when G & The Sound Tribe’s sound filled the big top marquee with their fusion of reggae, hip hop and a few other genres thrown in for good measure. One of those bands that has a mix of styles, they performed their mash-up of genres so well, you can’t help but love it, with elements of all your favourites  mashed together with a great performance to boot.

Although, between songs, you could hear echos of Mammia Mia from across the field, competing with Abba Revival on the main stage, G & The Sound Tribe did have a challenging slot to fill. 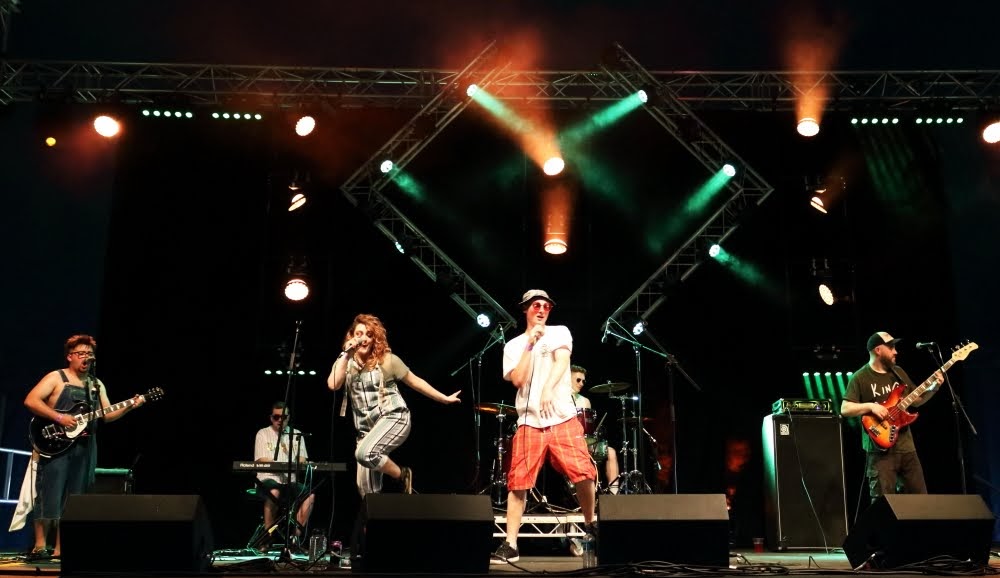 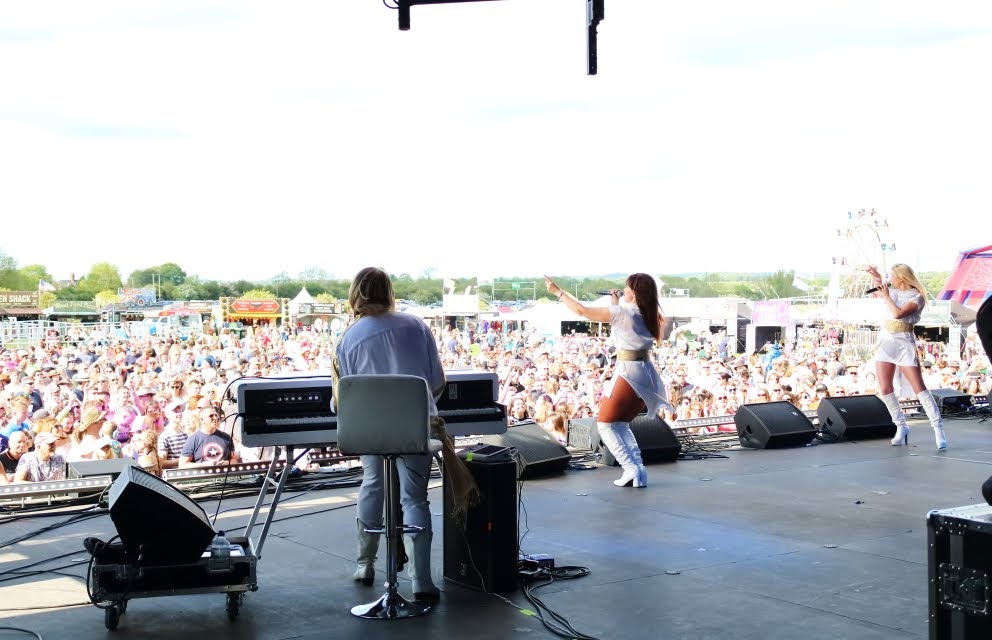 After G & The Sound Tribe had finished, I finally did get to go for a wonder, having only got as far as the small outdoor Icon stage, I couldn’t resist stopping off to experience some of The Will Ball Trio‘s mesmerising guitar solos and dual guitars ricocheting off each other as they performed a number of classic covers including a rocked up version of Stevie Wonder‘s Superstition 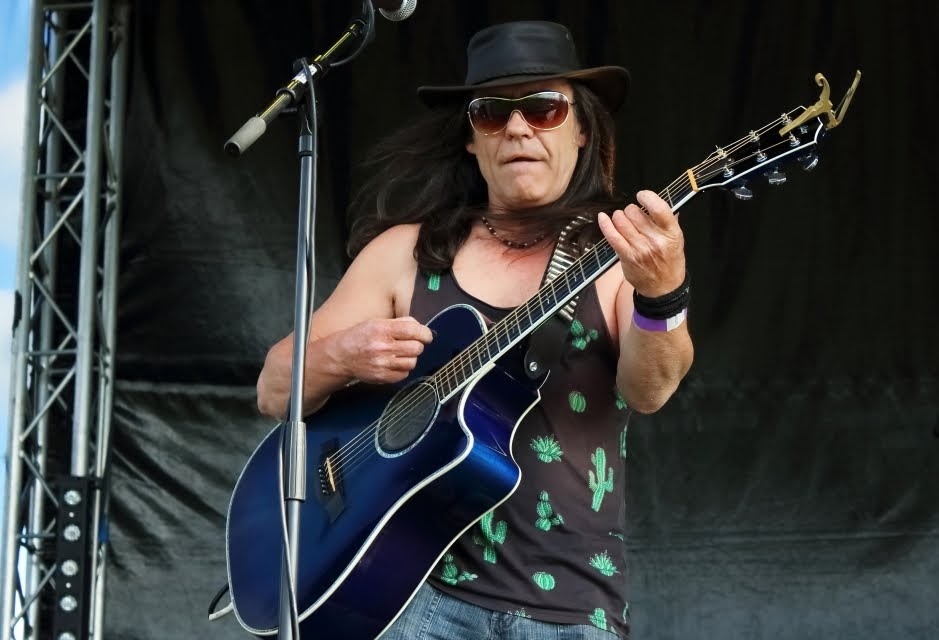 Next stop was again at the icon stage, a band we’ve been following since they were young whipper-snappers, although they aren’t much older now, Kynch from Nottingham.

Seeing them again at Glastonbudget reminded me what amazingly accomplished musicians they have become, with a huge sound, considering there’s only three of them, and a stage presence from another universe, playing their original grunge rock tunes, with proper meaty guitars (no vegans here!), they were hot back then, but positively on fire this evening!

Special mention needs to be made to the replacement bass guitarist, Joe Fisher, who stepped in with only a weeks notice – I’m no expert, but the sound was good, the songs had plenty of bass, so dud notes or a lack-lustre performance from Joe would have been noticed, but it sounded BASS-TASTIC! – well done to Joe for his outstanding performance. 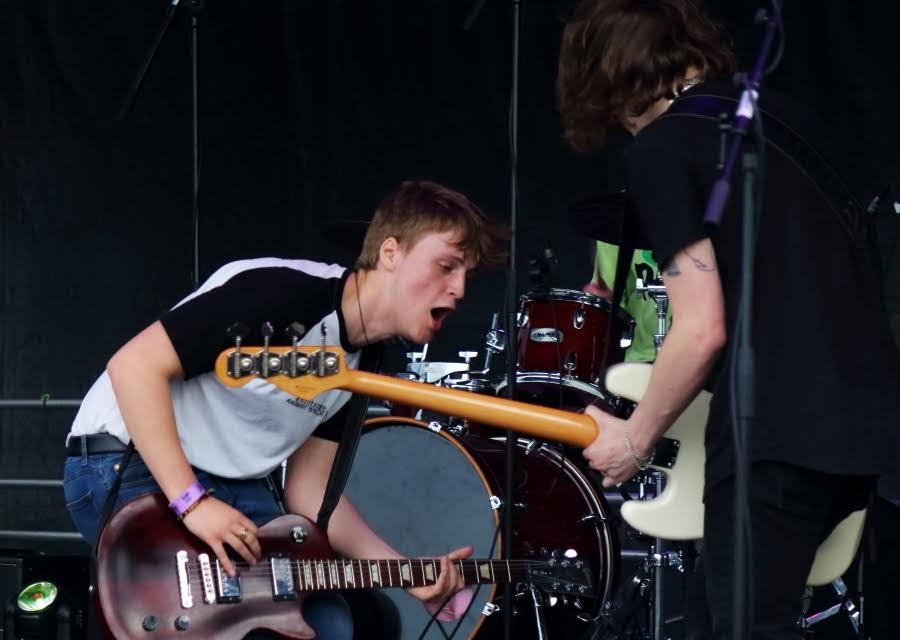 Singing about everything that’s negative in life (a common subject), another one of Leicester’s young favourites, Ohana smashed their way onto the Icon stage, again, performing their original indie-rock material, sounding and performing like they’re full of beans, Ohana put on a tight sounding performance and were clearly enjoying themselves. 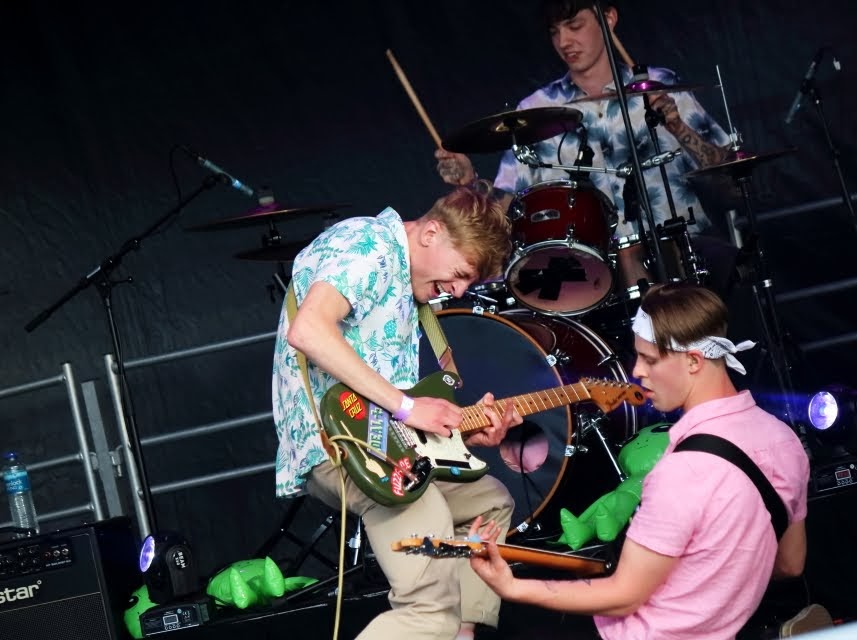 Next on my itinerary was the great Siobhan Mazzei and her band, who’s powerfully haunting vocals effortlessly filled the large loco marquee. Siobhan and her band put on a passionate, accomplished and energetic performance that captured the attention of the large audience for the duration of the whole set.

Playing mostly her original songs, she also threw in the odd cover, of which, her version of Chris Isaac‘s Wicked Game was particularly special. As it was getting dark, I managed to pull in a set from We Be Beasts, another originals band from Leicester, sounding HUGE on the tiny outside Icon stage.

No stranger to the Leicester gig-circuit and attracting a respectably-sized crowd, especially as they were competing with Totally Tina (Tina Turner tribute) on the main stage. Their alternative-indie-rock was played tightly and with enthusiasm. This young band know their craft well, with no end of catchy guitar riffs and well thought out song titles, such as Czary (!), they brought the home-grown indie section of my Friday at Glastonbudget to a close. 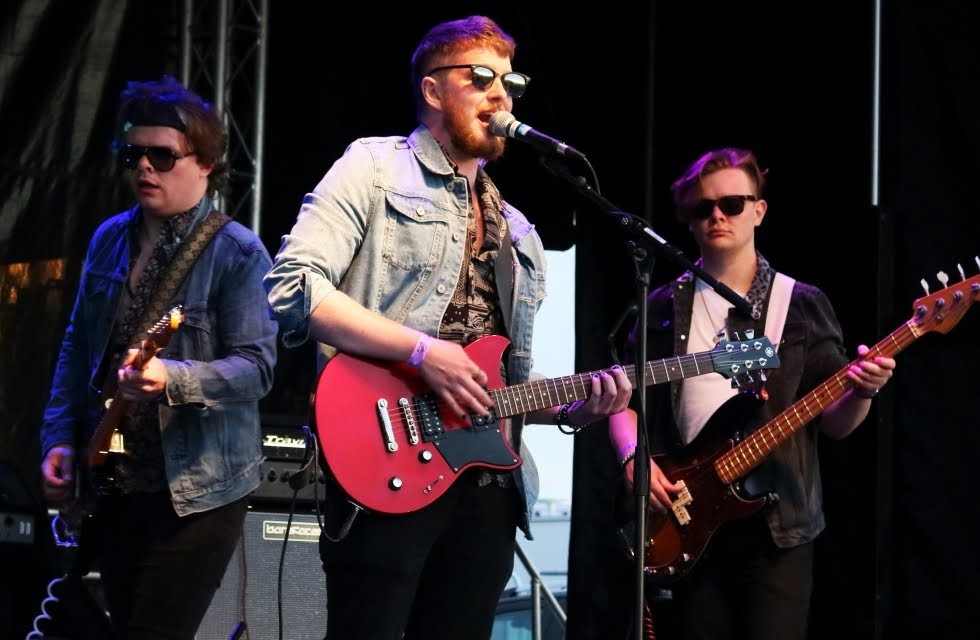 We Be Beasts Photo: Kevin Gaughan

Now for some of my favourite headlining tribute bands… starting with Mercury. One of the regular tribute acts at Glastonbudget, Mercury always put an authentic Queen-like performance in. Easily worth the ticket price on their own, they proudly boast they are ‘The official UK no1 tribute to Queen’ and it’s easy to see why.

Singer, Joseph Lee Jackson oozes the energy, showmanship and voice of Freddy Mercury. Looking the part, too, although, clearly not identical to the main man, but who cares, when they sound this good.

As many Queen classics as possible were performed in their set. Needless to say, the crowd were in top singing voice, too.

Always one of my highlights of the festival. 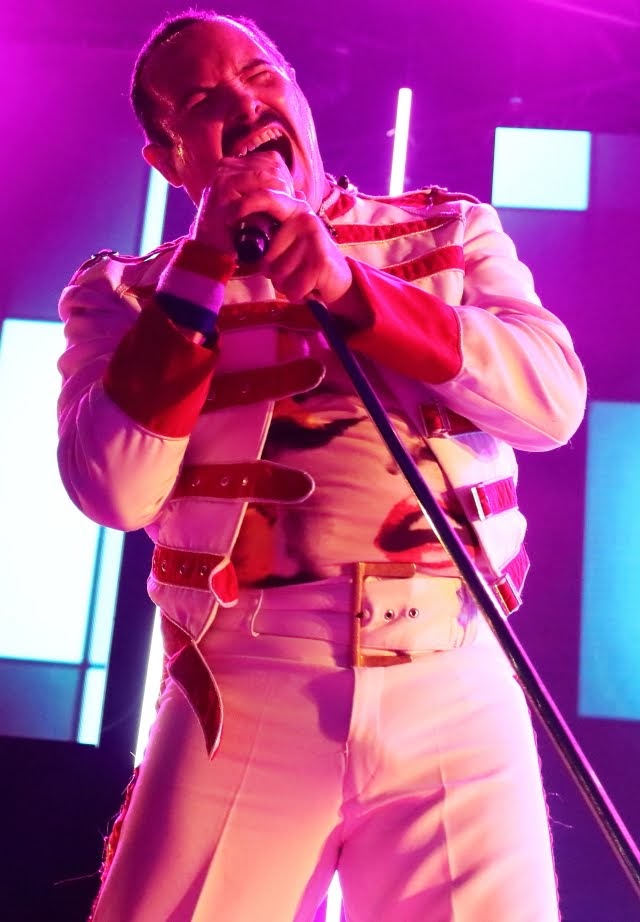 Thing is, Mercury clashed with another one of my other highlights, so halfway through the set I had to hot-foot it, stopping off at the real ale tent for a quick refill, over to the big top to get my dose of Firestarter from the amazing Prodigy tribute, Jilted Generation.

You can’t beat the atmosphere in a packed, sweaty big top marquee. Another Glastonbudget regular, sounding superbly close to the real thing, Jilted Generation were faithful to the original sound and performance of The Prodigy and played a wide range of hits spanning the almost three decades of the band’s history. 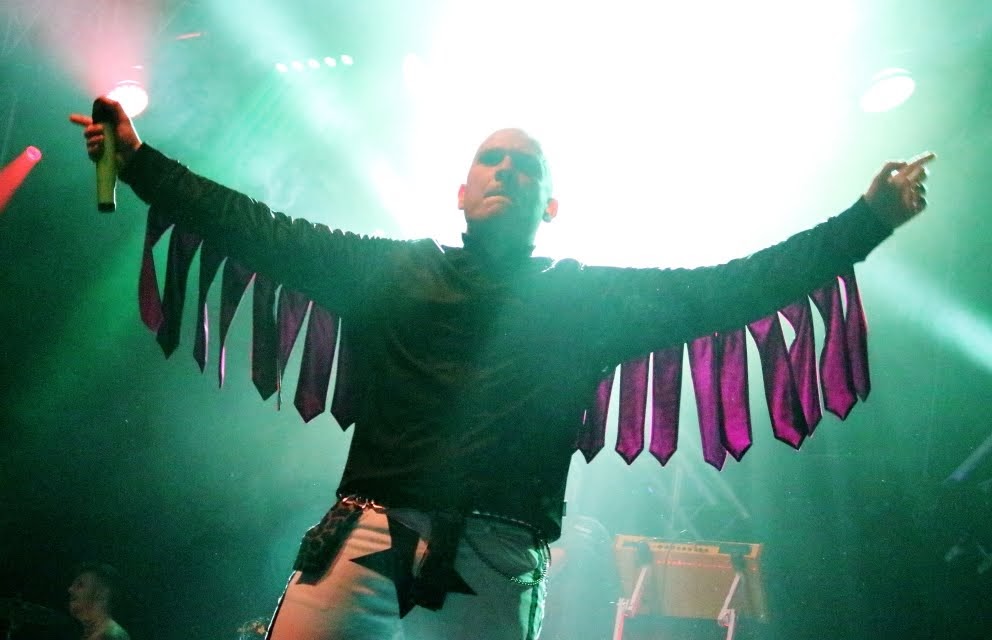 Finally, after getting rather sweaty myself, I gathered any energy I had left and relaxed in the VIP marquee to the delicate, heart wrenching music of young (13 years) Harrison Gent who performed some covers and originals with a feeling and sincerity well beyond his years. It was getting late (after 01:00) but that didn’t affect his performance, I saw him earlier in the day so it must have been a very long day for young Harrison.

Even more amazing that such a young lad can write his own material and REALLY good material too!

After Harrison’s solo performance, we were treated to another performance by Harrison along with his dad, Greg and Sean Harkin as Copious. Soothing harmonies and a perfect way to end an exhilarating first day at Glastonbudget 2019. See Saturday’s review for his performance in the loco stage.

Listening to the lovely chilled music in the VIP marquee was just the tonic after a busy day at Glastonbudget.

See a clip of Harrison’s performance: 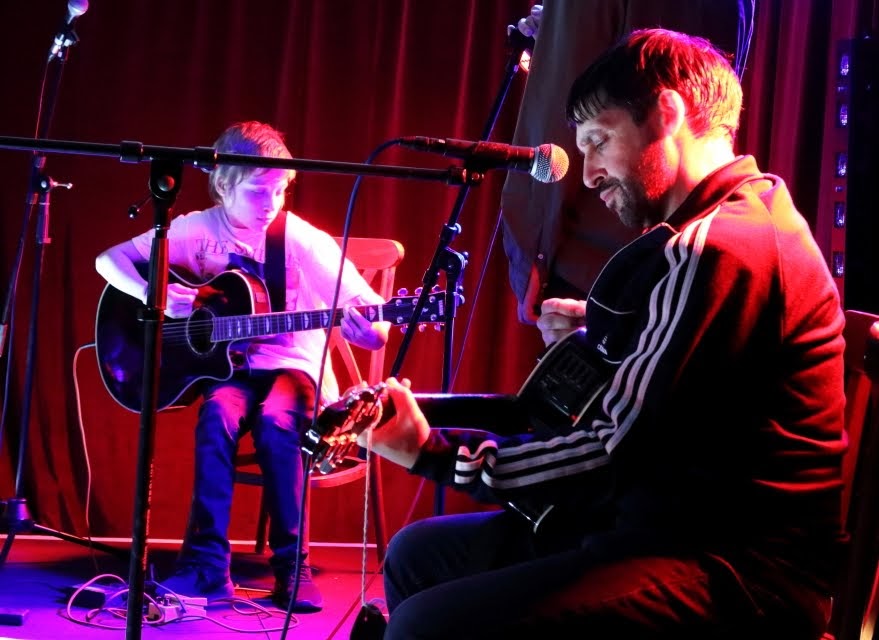